The Boeing Company [NYSE: BA] is honored that British Airways has selected the 787 Dreamliner as a key element of its long-haul fleet renewal.

The superior efficiency and economics of the 787 will directly contribute to British Airways‘ financial objectives. The advanced engines and cutting-edge design will significantly reduce CO2 emissions by 20 percent as well as significantly reduce community noise. The noise footprint of the 787 is more than 60 percent smaller than those of today’s similarly sized airplanes. The unprecedented cabin environment of the Dreamliner will enable British Airways to offer breakthrough travel experiences for its passengers.

„Boeing has been a supplier and partner to British Airways for more than 50 years. We are honored that British Airways has chosen to join the 787 family of operators,“ said Marlin Dailey, vice president of Sales for Europe, Russia and Central Asia, Boeing Commercial Airplanes. 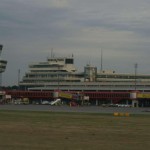