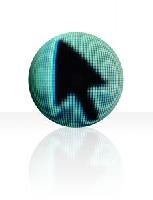 
Intel Corporation executives promised that the pending rollout of WiMAX, ongoing innovation to its popular Intel® Centrino® Duo processor technology for laptop products and a new category of Internet-connected devices will usher in a new era of reliable broadband-connected wireless computing starting next year.

Under the mantra of smaller, faster and more energy-efficient computing, consumers will increasingly shift toward this combination of technologies to use the Internet for entertainment, business and content-heavy personalization on-the-go.

„Intel is the undisputed market leader today with notebook PCs by providing consumers with what they want in performance, battery life and a fully loaded internet experience,“ said David (Dadi) Perlmutter, Intel senior vice president and general manager, Mobility Group. „Mobile users have an insatiable appetite for and want even more mobility, connectivity and a full Internet on their smaller devices. Intel will satisfy those needs by delivering our latest 45nm processors and WiMAX to notebooks, as well as Mobile Internet Devices (MIDs) in 2008, and also using some of these technologies to bring an affordable computing and Internet experience to emerging communities and economies around the world.“

Due out later in 2008, Montevina processor technology, also based on Penryn, will span the full range of notebook designs from mini-notes to full size. Also featured in Montevina is integrated HD-DVD*/Blu-ray* support for consumers and next generation data manageability and security features for the enterprise. Montevina will be Intel’s first Centrino processor technology for notebooks to offer the option of integrated Wi-Fi and WiMAX wireless technologies for greater wireless broadband access.

Mobile WiMAX provides multi-megabit speed, greater throughput and wider range compared to other wireless broadband alternatives, which is crucial as consumers increasingly want to access user-generated content, high-definition videos, music, photos and other large data files while on the go. Perlmutter showed off the capabilities of mobile WiMAX with three mobile vehicles cruising through the audience at the Intel Developer Forum, including a Segway, golf cart and scooter.

Perlmutter also outlined how using new technologies developed for low power will help break the affordability barrier by being able to offer a very low-cost solution.

Full Internet — In Your Pocket
Anand Chandrasekher, Intel senior vice president and general manager of the Ultra Mobility Group, described the evolution of the personal mobile Internet, outlined Intel’s silicon roadmap that will deliver radical reductions in power requirements and package sizes, and disclosed a range of leading industry players working with Intel to establish the MID and ultra-mobile PC (UMPC) categories.

„Mobile users are demanding to take the full Internet experience anytime, anywhere – in essence these users want the full Internet to be delivered to them wirelessly and in their pocket,“ Chandrasekher said. „In the first half of 2008, Intel will take a major step to deliver what these users are looking for with our first platform designed from the ground up for MIDs and UMPCs – codenamed Menlow, which will deliver 10x lower power compared to the first UMPCs in the market. After Menlow our next-generation platform – codenamed Moorestown, will increase battery life an order of magnitude by reducing idle power by 10x compared to Menlow.“

Menlow is based on Silverthorne a 45nm Hi-k low power microarchitecture-based processor and next-generation chipset, codenamed Poulsbo. Also featured on the Menlow- based customer designs are optional standardized communications capabilities such as Wi-Fi, 3G and WiMAX to enable more of an always-connected experience.

A number of early working prototypes, resulting from the formation of the Mobile Internet Device Innovation Alliance 6 months ago, were demonstrated by Chandrasekher.

„Together, alliance members have worked on engineering challenges, including power management, wireless communications and software integration,“ he said.

Chandrasekher provided a sneak peek at Moorestown that consists of a system on chip (SOC) design combining the CPU, graphics, video and memory controller onto a single chip. A Moorestown-based MID will have idle power that will be 10x lower than the 2008 Menlow design, enabling longer battery life in smaller form factors.

Industry momentum continues to grow in the UMPC and MID categories, according to Chandrasekher. To illustrate the support, Chandrasekher welcomed Mark Shuttleworth, founder and CEO of Canonical*, on stage and discussed the company’s entry into the MID segment. Shuttleworth showcased a pre-alpha release of Ubuntu Mobile on an Intel Menlow-based MID.

In addition, Chandrasekher was joined on stage by Al Ramadan, senior vice president, Mobile and Device Solutions Business Unit, Adobe. Ramadan described Adobe* AIR* and discussed how the combination of MIDs and Adobe AIR applications will bring compelling new experiences to the user. Adobe AIR will support Windows and Linux based Menlow platforms in the future.

For more news coverage out of IDF, visit the complete press kit at www.intel.com/pressroom/idf.

About Intel
Intel, the world leader in silicon innovation, develops technologies, products and initiatives to continually advance how people work and live. Additional information about Intel is available at www.intel.com/pressroom and blogs.intel.com.