F. Duane Ackerman, the former chairman and CEO of BellSouth, was named to the Board of Directors of UPS (NYSE:UPS).

Ackerman, 65, will serve on the board until the next UPS annual shareowners‘ meeting in May 2008, at which time he is expected to stand for election to a regular one-year term. After his appointment today, Ackerman was named to the Compensation Committee during a regularly scheduled Board meeting here.

In other business, the Board declared a regular quarterly dividend of $0.42 per share on all outstanding Class A and Class B shares. The dividend is payable Sept. 17, 2007, to shareholders of record on Sept. 10, 2007. UPS has either increased or maintained its dividend every year for more than three decades.

Ackerman, a native of Plant City, Fla., spent more than 40 years in the telecommunications industry before retiring in March following BellSouth’s merger with AT&T. Ackerman began his career in 1964 and in 1992, was named president and chief executive officer of BellSouth Telecommunications, BellSouth’s local telephone service unit and largest subsidiary. He was promoted to vice chairman and chief operating officer of the parent company on Jan. 1, 1995, then was elevated to the position of president and CEO of BellSouth on Jan. 1, 1997. A year later, he also became chairman.

Ackerman is a member of the Board of Directors of The Allstate Corp. and also serves on the President’s Council of Advisors on Science and Technology. He is a trustee of Rollins College and has served on the Board of Governors of the Society of Sloan Fellows of the Massachusetts Institute of Technology.

Except for historical information contained herein, the statements made in this release constitute forward-looking statements within the meaning of Section 27A of the Securities Act of 1933 and Section 21E of the Securities Exchange Act of 1934. Such forward-looking statements, including statements regarding the intent, belief or current expectations of UPS and its management regarding the company’s strategic directions, prospects and future results, involve certain risks and uncertainties. Certain factors may cause actual results to differ materially from those contained in the forward-looking statements, including economic and other conditions in the markets in which we operate, governmental regulations, our competitive environment, strikes, work stoppages and slowdowns, increases in aviation and motor fuel prices, cyclical and seasonal fluctuations in our operating results, and other risks discussed in the company’s Form 10-K and other filings with the Securities and Exchange Commission, which discussions are incorporated herein by reference. 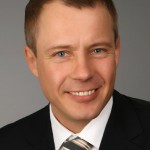 In- und Outbound-Business in einer Hand 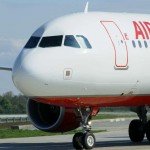 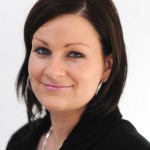