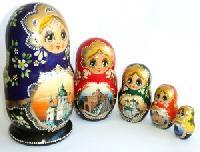 
IHG (InterContinental Hotels Group) is pleased to announce the signing of a management agreement for a Holiday Inn in Siberia’s capital, Novosibirsk, in partnership with Clover Group, a Moscow-based property development holding company.

The management contract between IHG and Clover Group was signed in Moscow last week for a 200-bedroom Holiday Inn which is scheduled to open in December 2009. This is the first hotel to be signed as part of a Multiple Development Agreement that was entered into between the two parties in December 2006 and which will see IHG further develop its hotel brands in Russia.

Novosibirsk is the third largest city in Russia with a regional population of 2.6 million. As the political and industrial centre of Siberia it is an important manufacturing and distribution hub for the region which is growing in importance with both national and international visitors.

Appealing predominantly to business travellers due its close proximity to the Novosibirsk exhibition and conference centre, as well as the airport which is just 20km away, the new-build property will offer four fully equipped meeting rooms and is located adjacent to offices and retail space totalling 50,000 square metres.

The Holiday Inn Novosibirsk will also offer guests a choice of leisure facilities, including a restaurant, two bars and a health club. Furthermore, being situated on the edge of the city’s central park, the hotel is located very close to the State Circus and the Cathedral Church in the city’s historical district.

Robin Wicks, IHG’s Chief Operating Officer Europe, said: „Russia is an increasingly important market for IHG and we are very pleased to announce what will be our ninth Holiday Inn in the country. We are glad to be working with Clover Group who are excellent partners and bring great local skill and understanding to this project, as well as others that we hope to work together on in the future. As such we look forward to delivering a quality Holiday Inn product in this important city.“

Alexander Popov, Clover Group General Director, said: „Clover Group has enormous plans to develop hotel projects in the largest cities all over Russia and our first signed contract with such a successful and well-known international company as InterContinental Hotel Group is our first step to starting our long-term participation in the field of hospitality business. We are therefore extremely delighted to have such a professional strategic partner“. 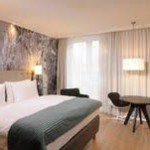 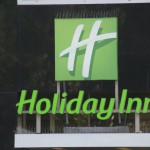 On 1 September 2009, the Latvian airline airBaltic launches nonstop flights from Riga to the Russian city of Pskov, thus offering convenient transit connections to and from destinations in Western Europe, the CIS, Scandinavia and the Mediterranean region.