They say that lightning never strikes in the same place twice, but for insurers, it strikes over 250,000 times per year, causing hundreds of millions of dollars in damages. In fact, the total cost of homeowners claims for damage due to lightning strikes has increased dramatically—up 20 percent over the last three years,

According to a new Insurance Information Institute (I.I.I.) analysis of homeowners insurance data, there were 256,000 lightning claims in 2006, causing about $882 million in insured losses. The I.I.I. puts the average claim for lightning at $3,446. By comparison, in 2004, there were about 278,000 lighting claims, which caused about $735 million in insured losses with the average claim totaling $2,646. The average cost per claim rose 30 percent between 2004 and 2006 even as the actual number of claims fell by nearly 8 percent.

“The paid losses are likely to increase to nearly one billion dollars in 2007, despite the declining number of claims, in part, because of the explosion in the number and value of consumer electronics in homes,” said Loretta Worters, vice president of the I.I.I. “Wide screen TVs, home entertainment centers, multiple computer households, gaming systems and other expensive devices are having a significant impact on claims losses.”

In conjunction with Lightning Safety Week (June 24-30), the I.I.I. offers the following tips to protect homes and businesses against power surges and lightning strikes:

For more information on insurance and home safety, go to the I.I.I. Web site.

For more information on protecting your home or business, go to the IBHS Web site.

The I.I.I. is a nonprofit, communications organization supported by the insurance industry.

Today, ASTA released the results of its 2008 Global Distribution System (GDS) Report. The study found that while GDS usage has declined in the past nine years, the vast majority of agencies still use a GDS system.

The I.I.I. Creates Its Own Academy Awards: The Top Insurance Films

An avaricious oil man. A drug deal gone bad. Teen age pregnancy. Ethically challenged attorneys. A tragedy of misunderstandings. All worthy subjects for the best picture at this year’s Academy Awards. But not one about insurance?

The vast majority of U.S. insurers have little or no exposure to the volatility in the subprime mortgage market because a substantial percentage of their investments are in the highest-rated bonds or stocks with no direct ties to lenders, an Insurance Information Institute (I.I.I.) white paper has found. 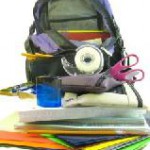 Be the Head of your Class! Take Control of your Finances as Well as your Course Load

As college students start the academic year, they should be prepared to learn lessons that go beyond the classroom. One subject they cannot afford to fail is Personal Finance 101, according to the Insurance Information Institute (I.I.I.).