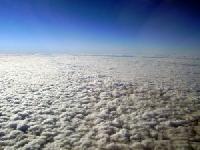 Thai Airways International currently operates a fleet of 12 A330-300s and 21 A300-600s on its regional network across Asia, as well as four A340-500s and five A340-600s on the airline’s long haul network from Bangkok to destinations in Australia, Europe and North America. Non-stop “New York Express” and “LA Express” services have been operated by A340-500 since 2005. Thai Airways International is also a customer for the A380, with the first of six ordered aircraft scheduled for delivery in late 2010.
“THAI is pleased to announce that it has ordered eight more A330-300s, which will replace older aircraft in our fleet, as utilizing this Airbus type has always proved profitable and efficient for the company. This order is in addition to our withstanding order of six A380-800 aircraft.  The A330-300 was deemed most suitable towards operating the company’s regional routes in Asia, especially due to our continued increase in flight frequency and expanded route network”, said Flying Officer Apinan Sumanaseni, President of Thai Airways International.
“Thai Airways International has been an outstanding customer for Airbus over the past 30 years and we are delighted to see the airline selecting more A330s for the growth of services across Asia.” said John Leahy, Chief Operating Officer – Customers, Airbus.  “Together with the fleet of A380s, the new A330s will contribute significantly to the success of Thai Airways International’s operational expansion out of the Suvarnabhumi hub airport.”
The A330-300 is the world’s lowest operating cost per seat aircraft in its segment, typically accommodating 335 passengers in two classes for regional operations or 295 travellers in three classes on long-haul routes of up to10,500 km/5,650 nm. Today, the A330-300 is the reference for airlines serving intra-Asia routes.
Thanks to the A330’s true wide body fuselage, the cabin is optimised for both flexibility and comfort, enabling airlines to offer all passengers the highest levels of comfort of any aircraft in its class. The A330 main deck volume is echoed in the lower deck, which allows airlines to carry more revenue-generating cargo consolidated on pallets and containers loaded side-by-side.
Since first delivery in 1993, the A330 Family has accumulated some nine million-flight hours with 65 operators. Total orders for the A330 Family stand at over 700 aircraft, with over 450 currently in service around the world. Over 180 A330s are currently in service with 19 airlines in the Asia-Pacific region.
Adresse
www.airbus.com
Nachrichten
A330, A380, Thai Airways International 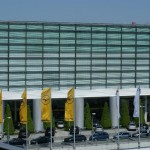 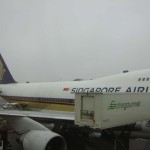 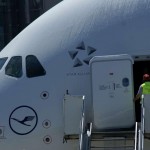 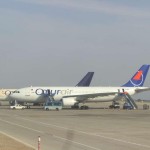 IBERIA TO REPAIR A330 COMPONENTS FOR ONUR AIR ON EXCLUSIVE BASIS

Iberia has signed a contract to maintain on an exclusive basis the components of the three A330 aircraft flown by the Turkish airline Onur Air.