The United States, Canada and Latin America can form the world’s next great trading bloc, but only if the various nations move quickly to improve their transportation infrastructures and simplify customs requirements, the chief executive of UPS (NYSE:UPS) said yesterday.

„I believe that Latin America, home to half-a-billion people south of the U.S.-Mexico border, has the potential to be the next hotbed of trade and economic growth,“ UPS Chairman and CEO Mike Eskew told participants at the U.S. Commerce Department’s inaugural Americas Competitiveness Forum.

„But it is clear the Americas are at a crossroads,“ Eskew continued. „Although we’re neighbors, our border and customs policies make it sometimes seem like we’re enemies. We have so many complicated customs and security requirements in place that it’s often easier to import goods from Europe or Asia … The choices are to adapt, or become irrelevant.“

The trade issues facing the region are particularly nettlesome, the CEO added, because they are impeding what should be clear „built-in advantages.“

„The first is geographical proximity,“ Eskew said. „In an era of just-in-time supply chains, proximity is everything. Latin American markets can be accessed by land and sea. Another key advantage … is the ability to take advantage of several free-trade agreements. While we still face the challenge of how best to knit them together, these agreements really matter.“

The chief executive noted the North American Free Trade Agreement (NAFTA) between the U.S., Canada and Mexico already has created the second-biggest trading bloc in the world behind the European Union „and accounts for far more trade than the U.S. conducts with China.“

„And between 1997 and 2020, Latin America’s real Gross Domestic Product is expected to grow 4.4 percent annually. That’s faster economic growth than Asia at 3.6 percent and much faster than the 2.8 percent global average.“

Such growth is not guaranteed, however, and the nations of Latin America have got to start addressing their problems now, Eskew said.

The CEO used the automotive industry to illustrate just one of the problems with the current customs process.

„Did you know that the average North American-produced vehicle crosses the border more than seven times during production?“ he asked. „During the journey, each vehicle faces a staggering 28,200 customs transactions. By comparison, cars imported from Europe or Asia to North America involve a single customs transaction. If we delay cross-border shipments by just a day, the Americas lose their proximity advantage over Asia.“

Private companies, meantime, should respond by using technology to improve their own product supply chains. There are huge gains in efficiency to be had by removing middlemen and unnecessary warehousing and creating information systems that keep track of every movement, Eskew asserted. 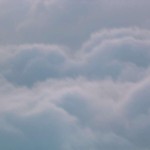 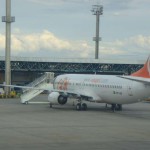 The report is also available on GOL’s IR website 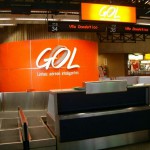 GOL Announces Cláudia Pagnano as the Vice-President of Market