„With this order, Avianca will enter a new era in terms of advanced aircraft technology and passenger comfort“, said German Efromovich, President of the Synergy Group which owns Avianca. „The A319s, A320s and A330s will offer our passengers the highest levels of travel comfort whilst allowing us to benefit from their unbeatable economics. On top of that thanks to the high level of commonality between the Airbus products, our pilots will be able to simultaneously fly the different aircraft which will further contribute to our efficiency.“

Avianca is Colombia’s largest airline and is also the second oldest commercial airline in the world.

„We are extremely proud and honoured to have been selected by this historic and prestigious airline for its fleet renewal“ said John Leahy, Airbus Chief Operating Officer Customers, „Airbus has come a long way in Latin America over the past decade and is now the leading aircraft supplier in the region. We are thankful for the endorsement by Avianca and we look forward to seeing our aircraft fly the skies in Avianca’s colors.“

Airbus currently has a fleet of 260 aircraft in operation in the Latin America. Since 1990 Airbus has taken 54 per cent of all Latin American orders for new aircraft. Furthermore, Airbus has tripled its presence in Latin America over the last seven years.

The A320 Family, recognized as the benchmark single-aisle aircraft family, also includes the A318, the A319 and A321 versions and features the newest and most modern design of any single-aisle airliner, with a passenger pleasing cabin that is popular with travellers – as independent surveys demonstrate. An advanced fuel-saving aerodynamic design, including wingtip fences, centralised maintenance with extended servicing intervals, and proven reliability in day-to-day service help to give it the lowest operative costs.

The A330-200 is the unquestioned leader in its class with continually expanding operator base. The A330-200 has excellent flexibility for a wide range of route structures, providing the operator with a very low operating cost per seat as well as the widest and most comfortable cabin in its class. Its proven record of superior economics and passenger comfort provides the operator with a significant competitive advantage in the market today. 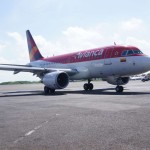 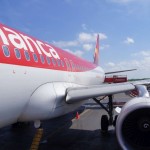