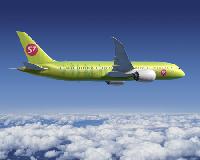 
Boeing [NYSE: BA] and Russia’s S7 Group today announced an order for 15 Boeing 787 Dreamliners and purchase rights for 10 additional 787s. S7 Group subsidiary S7 Airlines will operate the Dreamliners. The 787s will replace S7’s fleet of aging twin-aisle airplanes and provide capacity for growth. The order is valued at $ 2.4 billion at catalog prices.

At a press conference today in Moscow, S7 Airlines said the new 787s will allow the airline to increase frequencies and add new destinations domestically and internationally.

„The 787’s size and superior range open up a wider choice of destinations that we can offer our customers,“ said Vladislav Filev, General Director, S7 Group. „Our vision is to give passengers the best flying experience available. The Dreamliner’s innovative interior design and advanced comfort features embody that vision.“

With today’s announcement, S7 becomes the first Russian carrier to order the 787 Dreamliner. „We are very proud to launch the 787 today in the Russian market with a substantial order from this leading and fast-growing carrier,“ said Marlin Dailey, vice president of Sales for Europe, Russia, Central Asia, Boeing Commercial Airplanes. „S7’s drive for innovation and new-technology products like the 787 will help it strengthen its key role in the Russian airline market.“

The 787 produces 20 percent fewer CO2 emissions and has a 60 percent smaller noise footprint on takeoff and landings than other airplanes in its size and range category.

Rollout and first flight of the 787 are scheduled for later this year, followed by entry into service in May 2008. Forty-five customers worldwide have placed 584 orders for the 787 since its launch in April 2004, making the Dreamliner the world’s fastest-selling commercial airplane in history. 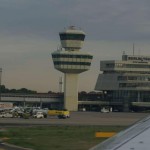