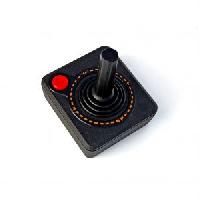 
The first simulation center for flight physics called „C2A2S2E (Center for Computer Applications in AeroSpace Science and Engineering)” was opened today at the Braunschweig Research Airport in Germany. The €30m project is sponsored by Airbus, the German Aerospace Center DLR and the State of Lower Saxony.

Besides wind tunnel and flight testing, another effective method used in the development of commercial aircraft has proved itself: numerical simulation. These computations are already applied today by engineers in their everyday work. However, they take a lot of time. The more realistic a simulation is, the more computing capacity it usually requires. Future computers and methods will be able to process information a million times faster. For example, computations still taking a year today would then be finished in half a minute. So the benefit provided by the new C2A2S2E simulation methods to Airbus is that aircraft development will become faster and more cost-efficient.

The purpose of the new simulation program is to produce a real-time simulation of a flying aircraft, exactly calculating the aerodynamic loads occurring during flight, digitally determining flight performance and flight characteristics before the first flight, and help obtaining a virtual certification before the production process is launched.

By changing from conventional tests to computer simulations in aircraft development, Airbus can simultaneously take all relevant disciplines such as aerodynamics, aeroelastics, structural mechanics and flight control into account. The designers will be able to let the aircraft „fly in the computer“ in a nearly realistic manner even before the first flight so they can optimize the design at this early stage already. Instead of starting a series of lengthy pre-tests, Airbus will drive the development of its aircraft to a maturity degree of more than 90 % only by means of the computer. Then the performance of the aircraft will mainly be determined by computer simulations. As a result, the computer simulation capability will greatly enhance future design and bring new, superior aircraft onto the market in extremely reduced timescales while conducting less physical tests.

Major centers of expertise in numerical simulation are being set-up in France (MOSART), England (CFMS), Spain (DOVRES) that will grow a concentrated complementary effort. The center at the Braunschweig Research Airport will start operations in mid-2007. Up to 30 new, high specialized jobs will be provided. To ensure world-class numerical simulations, a campus for scientists of international reputation will be established.