Aer Arann, Ireland’s premier regional airline, today accepted delivery of its first ATR 72-500. This aircraft is the first to be delivered following the signature last year of a contract worth over $180 million for 10 ATR 72-500s.

The second aircraft will be delivered in the course of 2007, five others in 2008 and three in 2009. The aircraft are configured in a 72-seater configuration.

Aer Arann currently operates a fleet of 14 ATR 42 and ATR 72, and this new aircraft will be the first of the new –500 series in their fleet.

Padraig O’Ceidigh said “he was pleased to take delivery of the first new generation of aircraft because of its great efficiency and reliability to modern operations”. He added: “This first new ATR 72-500 represents the beginning of a new era of the development of our company and our network”.

Aer Arann is one of the fastest growing regional airlines in the world with a turnover in excess of EUR 94 million per annum and passenger numbers in excess of 1 million for 2005. The airline operates over 600 flights per week across Ireland, the UK and France with a fleet of 14 ATR aicraft. The company employs over 400 staff and has experienced substantial growth over the past year with the launch of 12 new routes as well as increases in flight frequency.

Toulouse, Southern France-based regional aircraft manufacturer ATR is the world leader in the 50 to 74-seat turboprop market. In 2006, ATR posted a turnover of US $ 700 million, an increase of 30% compared to 2005. ATR is an equal partnership between Alenia Aeronautica (Finmeccanica group) and EADS. ATR is certified ANSI/ISO/ASQ Q 9001:2000 and EN/AS/JISQ 9100, the worldwide quality standard in the field of aeronautics. 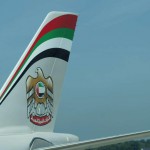 Boeing [NYSE: BA] announced a revised plan for first flight and initial deliveries of the 787 Dreamliner that includes additional schedule margin to reduce risk of further delays on the program.