As a part of the redemption procedure approved by the Annual General Meeting 4 April 2007, AB Volvo carried out a share split where each share was split into six shares, of which one redemption share.

Further, an increase in the company’s share capital of SEK 425,684,044 is registered following a bonus issue. The increase in the share capital is transferred from the non-restricted equity. No new shares are issued in connection with the bonus issue.
Following these transactions Volvo has a total of 2,128,420,220 outstanding shares, of which 677,601,630 shares of series A and 1,450,818,590 shares of series B.

The redemption procedure means that SEK 10,127,691,825 will be distributed to Volvo’s shareholders, equivalent to SEK 25 per share that is not held by the company. Payment to the shareholders is expected to take place 28 May 2007. 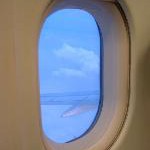 UBM Aviation, a provider of aviation data products, publications and events for the global aviation community recently appointed Jan Wood as Vice President of Marketing and Stephen Baggett as Director of Cargo Sales, Americas. The appointments are part of UBM Aviation’s plan to expand its information services offerings. 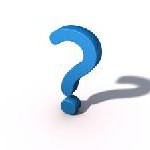