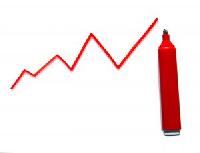 
Airbus will increase its monthly production rate to 40 for its single-aisle A320 Family by the end of 2009. Currently, Airbus produces 32 A320 Family aircraft per month.

Airbus‘ decision to continue to ramp-up its production rate is driven by a continuing strong demand for its aircraft and a record backlog in excess of 2,500 aircraft.

„This production increase confirms again that we continue to be an outstanding growth industry,“ said Louis Gallois, President and CEO of Airbus. „The quick implementation of Power8 will pave the way for securing a bright future with profitable growth for Airbus.“

The A320 Family has already reached the highest jet airliner production rate in the history of aviation. By March 2008, output is set to reach 34, then 36 in December 2008. The new monthly production rate of 40 will be achieved in continuation of this steady ramp-up, first rising to 38 by mid 2009 and reaching 40 by the end of 2009. Currently the A320 Family is assembled in Toulouse and Hamburg. From 2008, the production rate will include aircraft assembled at a third final assembly line in Tianjin, China, with aircraft sections coming from Europe. The new assembly line in China is a joint venture between a Chinese Consortium, led by the Tianjin Free Trade Zone, and Airbus. The facility will produce two aircraft per month end of 2009, rising to four in 2011. These are included in the total of 40 per month.

At the end of April, Airbus‘ order book for A320 Family aircraft stood at 5,076 firm orders from 180 customers, far outperforming the 600 orders that was estimated when the programme was launched. In the past two years, the A320 Family has received orders of around 1,600 aircraft making it not only the best-selling but also the fastest-selling modern jet airliner. The strong demand for the A320 Family is set to continue as Airbus constantly introduces updates that customers want, such as the new A320 Family cabin that is lighter, quieter, more spacious and easier to maintain.