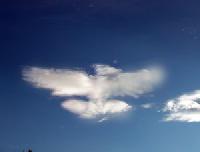 
AerCap has signed a firm contract with Airbus for the purchase of an additional ten A330-200 passenger aircraft, following their order for 20 A330-200s in December 2006. With its proven benefits in terms of economics and a wide customer base, the A330-200 will assist AerCap in the growth of their portfolio.

Headquartered in The Netherlands, AerCap is an integrated global aviation company with a leading market position in aircraft and engine leasing, trading and parts sales.

„Since AerCap ordered 20 new Airbus aircraft in December last year, we have already lined up customers for 13 out of the 20 aircraft, in only four months. The order for an additional 10 aircraft will help us to further expand our portfolio in the attractive market for modern, smaller widebody aircraft, and to meet the demands of our global customer base,“ commented Klaus Heinemann, Chief Executive Officer of AerCap.

„I am extremely pleased that AerCap is finding the A330-200 to be truly competitive in the current market and this additional order provides a clear endorsement of the A330-200 as the right aircraft at the right time. We are very proud that AerCap reinforces its confidence in the A330 with this incremental order,“ said Airbus Chief Operating Officer Customers, John Leahy.

The A330-200 is the aircraft of choice for many operators and is the unquestioned leader in its class with a commanding market share and a continually expanding operator base. The A330-200 has excellent flexibility for a wide range of route structures, providing the operator with a very low operating cost per seat as well as the widest and most comfortable cabin in its category. Its proven record of superior economics and passenger comfort provides the operator with a significant competitive advantage in the market today.