The Board of Directors of UPS (NYSE:UPS) today declared a regular quarterly dividend of $0.42 per share on all outstanding Class A and Class B shares and realigned committee assignments.

Today’s declaration follows a Board decision in February to increase the quarterly dividend from $0.38 per share to the current $0.42 per share. UPS has maintained or increased its dividend every year since 1969 and now has increased the quarterly payout five times in the past four years.

In a separate action, following the election of directors at today’s shareowners‘ meeting, the Board appointed the following committees: Audit; Nominating; Corporate Governance and Compensation, and Executive. It selected Victor A. Pelson as the new chair of Nominating and Corporate Governance, replacing Gary MacDougal, who did not stand for re-election at today’s annual shareowners‘ meeting. Other members of that committee include Ann M. Livermore and James P. Kelly.

The Board named John W. Thompson chair of the Compensation Committee, replacing Pelson in that role. The Compensation Committee includes Stuart E. Eizenstat and Pelson. The composition of the Audit Committee, chaired by Carol Tomé, did not change. Other Audit Committee members include Thompson, Michael J. Burns and Ben Verwaayen. The Executive Committee includes Mike Eskew, chairman and CEO, and Scott Davis, vice chairman and CFO.

Except for historical information contained herein, the statements made in this release constitute forward-looking statements within the meaning of Section 27A of the Securities Act of 1933 and Section 21E of the Securities Exchange Act of 1934. Such forward-looking statements, including statements regarding the intent, belief or current expectations of UPS and its management regarding the company’s strategic directions, prospects and future results, involve certain risks and uncertainties. Certain factors may cause actual results to differ materially from those contained in the forward-looking statements, including economic and other conditions in the markets in which we operate, governmental regulations, our competitive environment, strikes, work stoppages and slowdowns, increases in aviation and motor fuel prices, cyclical and seasonal fluctuations in our operating results, and other risks discussed in the company’s Form 10-K and other filings with the Securities and Exchange Commission, which discussions are incorporated herein by reference. 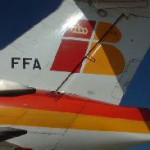 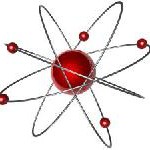