The deals, all led by Intel Capital, include: China-based 51.com (social networking) and Phoenix Microelectronics (microelectronics); Aternity (application management software) and Ceedo (portable computing environment), both based in Israel; and from the United States, Jajah (Internet telephony solutions) and Tutor.com (education network).

This year’s CEO Summit, held today through Friday at the La Costa Resort & Spa in Carlsbad, Calif, is being attended by more than 400 executives — an event record — from Intel Capital portfolio companies and global 2,000 companies. The event includes keynote presentations, expert panel discussions and more than 500 matchmaking meetings between portfolio company CEOs and industry executives as part of the focus on learning and deal-making.

„With global reach, larger investment stakes and active collaboration, Intel Capital is a leader in company building and becoming engaged with companies beyond our initial investment,“ said Arvind Sodhani, president of Intel Capital. „By bringing together savvy business executives, global decision makers and our inspired entrepreneurs, the CEO Summit demonstrates our proactive strategy in helping our portfolio companies succeed. We look forward to welcoming CEOs, executives and entrepreneurs from around the world to this year’s event.“

Details on the six new investments include:

51.com (China)
Intel Capital led a Series B investment in 51.com, the largest social networking site in China with about 60 million registered accounts. The site is especially popular with 17- to 30-year-olds, growing by about 5 million accounts per month.

Aternity (Israel)
Intel Capital led a Series B investment in Aternity Inc., a supplier of application management software for enterprise IT. The funds raised will be used to support market segment penetration and extend the company’s product line. In parallel with the funding, a marketing cooperation agreement has been signed between Intel Corporation and Aternity, under which Aternity’s unique application management solution will include support for Intel® vPro™ technology.

Ceedo (Israel)
Intel Capital led a private financing round in Ceedo Technologies, Ltd., a consumer software company. Ceedo will use the capital to further establish its position as a leader in personal working environment software for consumer portable storage devices, and accelerate its growth into the corporate and business market segments. Ceedo’s virtualization technology enables running Windows applications from external physical or network drives without requiring installation on the host PC.

Jajah (United States)
Intel Capital led a Series C investment round in Jajah, a global communications company. Funds from the full round of $15 million will be used to accelerate the development of next-generation communication solutions on a global scale. Jajah and Intel also entered into a business agreement that includes business and marketing components. Intel will provide Jajah access to its extensive community of product dealers, OEM customers and developers to further Jajah’s reach into global development communities. Jajah technology allows users to make free and low-cost calls by using their existing landline or mobile phone.

Tutor.com (United States)
Intel Capital led an expansion investment round of $13.5 million in Tutor.com, which develops and provides on-demand tutoring and homework services. Tutor.com will use the funding to expand its consumer presence with an aggressive marketing campaign and strategic relationships.

In the first quarter of this year, Intel Capital invested $154 million in 43 deals worldwide, including 20 new deals. Approximately 74 percent of Intel Capital’s invested dollars were in companies based outside the United States.

About Intel Capital
Intel Capital, Intel’s venture capital organization, makes equity investments in innovative technology start-ups and companies worldwide. Intel Capital invests in a broad range of companies offering hardware, software, and services targeting enterprise, home, mobility, health, consumer Internet, semiconductor manufacturing, and cleantech. Since 1991, Intel Capital has invested more than US$6 billion in approximately 1,000 companies in more than 40 countries. In that timeframe, about 157 portfolio companies have gone public on various exchanges around the world and another 187 have been acquired by other companies. In 2006, Intel Capital invested about US$1.07 billion in 163 deals with approximately 60 percent of funds (excluding Clearwire) invested outside the United States. For more information on Intel Capital and its differentiated advantages, visit www.intelcapital.com.

Intel, vPro and the Intel logo are trademarks of Intel Corporation in the United States and other countries.

* Other brands may be claimed as the property of others. 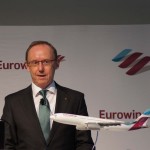