Bob Fornaro, president and chief operating officer of AirTran Airways, a subsidiary of AirTran Holdings, Inc. (NYSE: AAI), will present at the Bear Stearns 2007 Global Transport Conference at 1:15 p.m. EDT on Wednesday, May 9, 2007.

ORLANDO, Fla., – A live audio Webcast will be available at http://investor.airtran.com. An archive of the Webcast will remain on the Web Site for 30 days.

AirTran Airways, a Fortune 1000 company and one of America’s largest low-fare airlines with 8,500 friendly, professional Crew Members, operates over 700 daily flights to 56 destinations. The airline’s hub is at Hartsfield-Jackson Atlanta International Airport, where it is the second largest carrier. AirTran Airways‘ aircraft features the fuel-efficient Boeing 737-700 and 717-200 to create America’s youngest all-Boeing fleet. The airline is also the first carrier to install XM Satellite Radio on a commercial aircraft and the only airline with Business Class and XM Satellite Radio on every flight. For reservations or more information, visit airtran.com (America Online Keyword: AirTran).

Live audio webcast of the presentation available at continental.com 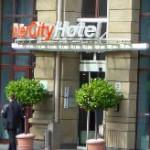 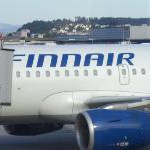