AirTran Airways, Inc., a subsidiary of AirTran Holdings, Inc., (NYSE: AAI), today announced that the airline set a record for the number of new hires starting to work for the airline on a single day.

ORLANDO, Fla., April 30 – In the orientation class started at 8 a.m. Monday, April 30, 2007, at the airline’s Atlanta training center, 152 Crew Members reported to work on their first day to begin the customary company orientation prior to embarking on their job-specific training.

„To have 152 new hires start with AirTran Airways on one day is an incredible accomplishment for this airline,“ stated Joe Leonard, AirTran Airways chairman and chief executive officer. „We are delivering on our promises of job growth.“

On June 30, 2006, Joe Leonard, AirTran Airways chairman and CEO, held a press conference with Governor Sonny Perdue (R-Ga) at the airline’s hangar at Hartsfield-Jackson Atlanta International Airport pledging to create 2,500 new jobs over five years at the airline. Since that announcement, the airline has already created 800 new jobs – well on its way to the goal of 2,500 new jobs.

AirTran Airways, a Fortune 1000 company and one of America’s largest low- fare airlines with more than 8,500 friendly, professional Crew Members, operates more than 700 daily flights to 56 destinations. The airline’s hub is at Hartsfield-Jackson Atlanta International Airport, where it is the second largest carrier. AirTran Airways‘ aircraft features the fuel-efficient Boeing 737-700 and 717-200 to create America’s youngest all-Boeing fleet. The airline is also the first carrier to install XM Satellite Radio on a commercial aircraft and the only airline with Business Class and XM Satellite Radio on every flight. For reservations or more information, visit http://www.airtran.com (America Online Keyword: AirTran). 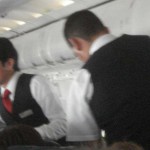 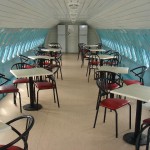