TEMPE, Ariz., – The agreement, covering 45 employees, was signed last week, and details are being communicated by union representatives to their members. The agreement sets forth processes and timelines for transitioning pre-merger America West simulator engineers to the pre-merger US Airways agreement.

„Each agreement that we reach moves us closer to our goal of operating a single airline with unified contracts,“ said Al Hemenway, vice president of labor relations.

The company reached unified agreements last year with the Airline Customer Service Employee Association, an alliance between the Communication Workers of America (CWA) and the International Brotherhood of Teamsters (IBT), the two unions that represent the airline’s 7,700 passenger service employees and reservations agents. A unified contract also was forged with the TWU for dispatchers.

US Airways is the fifth largest domestic airline employing more than 35,000 aviation professionals worldwide. US Airways, US Airways Shuttle and US Airways Express operate approximately 3,800 flights per day and serve more than 230 communities in the U.S., Canada, Europe, the Caribbean and Latin America. The new US Airways — the product of a merger between America West and US Airways in September 2005 — is a member of the Star Alliance network, which offers our customers 16,000 daily flights to 855 destinations in 155 countries worldwide. This press release and additional information on US Airways can be found at www.usairways.com. (LCCG) 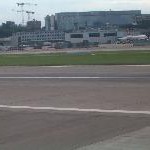 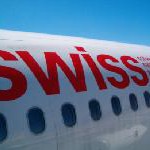 US Airways is expanding its A330 fleet with the purchase of five more A330-200 passenger aircraft. This firm order is in addition to the 92 Airbus aircraft, including 10 A330-200s ordered by US Airways in October of this year.