Czech Airlines Adds another New Airplane into its Fleet

Czech Airlines Adds another New Airplane into its Fleet

“As of today, eleven new generation Airbus 320/319 aircraft are flying in the CSA medium-haul fleet.  The new aircraft are popular with passengers, who welcome the increased comforts afforded by the roomier cabin, larger overhead storage, and the new on-board entertainment system,” said Petr Pištělák, Vice-President for Marketing and Product Development.  The new aircraft are equipped with a modern entertainment system, which enables passengers to watch not only short films on screens, but also safety instructions and a movable map, on which they can watch the present position of the aircraft throughout the flight, its altitude, and the remaining time to their destination.

CSA obtained the first three planes from the Airbus A320 family last year (3x A320); this year, the airline will take delivery of a total of five aircraft (3x A320 and 2x A319).  In 2008, Airbus S.A.S. will supply the last four aircraft to Czech Airlines (4x A319) of the twelve obtained on the basis of a tender procedure from October 2004. The new Airbuses will replace the existing Boeing 737 aircraft, which the airline will return to the lessor once their operative leasing expires, this April and May.

The continuation of the renewal of the airline’s medium-haul fleet was enabled by the extension of the guarantee for the financing of the purchase of new Airbus A320/319 aircraft, which Czech Airlines obtained in early February from the European Export and Credit Agencies (ECAs).  They made that decision on the basis of the presentation of the airline’s results last year and the approved 2007 business plan, drafted by the new management, which anticipates increased income and a further reduction of expenses.

New Aircraft
CSA has had its new aircraft configured for two classes – Business and Economy.  They offer 162 seats and are powered by engines produced by the CFM International S.A. consortium.  The aircraft have a range 1,200 km greater than CSA’s existing medium-haul fleet, and they are approximately five per cent faster than the classic generation of Boeing 737 aircraft.  The Airbus A320/319 aircraft are very efficient to operate, due to their lower fuel consumption, lower maintenance costs, and greater performance on short runways.  The A320/319s are also environmentally “cleaner” to operate, i.e., they comply with strict noise and emission norms and offer a significantly greater useful load. 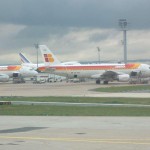 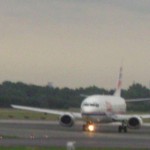 The Czech Airlines Supervisory Board discussed the airline’s restructuring plan proposal yesterday, approved it, and agreed to present it to the Minister of Finance for further use. 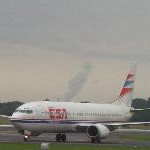 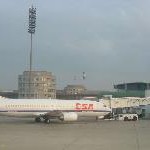