DALLAS – The Hispanic Heritage Foundation (HHF) today announced the recipients of the Dallas Regional Hispanic Heritage Youth Awards. Twenty-four local high school seniors will be honored for their leadership in the classroom and community and promoted as role models for their peers during a ceremony at Southwest Airlines‘ (NYSE: LUV) headquarters on April 16. The Dallas event is the launch of the program’s tenth anniversary, the first of twelve events nationwide.

The 2007 Dallas Youth Awardees will each receive educational grants in the amounts of $3,000 for Gold Medallion, $2,000 for Silver Medallion and $1,000 for Bronze Medallion Awardees. For the first year, a new Bronze level Medallion will be awarded and a new Business category will be included, sponsored by Irving-based National Society of Hispanic MBAs (NSHMBA). The young recipients of the Business category award will also receive free NSHMBA membership and eligibility for additional NSHMBA scholarships, including paid tuition for the pursuit of an MBA degree.

In 12 regions across the country, 288 Youth Awardees will receive more than $600,000 in total grants after being selected from an original pool of more than 13,000 applications. The Dallas Regional Youth Award recipients are:

Education, for demonstrated desire to be among the next generation of teachers, sponsored by Southwest Airlines (also the Official Airline of the HHYA):

Engineering and Mathematics, for innovation in mathematics, engineering, or technology, sponsored by ExxonMobil:

Healthcare, for the pursuit of advancements in medicine, sponsored by GlaxoSmithKline:

Journalism, for interest in print, broadcast, or web-based media, sponsored by NBC Universal/Telemundo:

Regional committees select Awardees from the thousands of applications submitted by graduating high school seniors of Hispanic descent. Selection criteria includes academic achievement, community service, category focus, and an essay about the role that their heritage has played in their success.

„We are so proud of the Youth Awards program, which is progressing by leaps and bounds with more sponsor involvement, celebrity participation, and most importantly, student recognition,“ said Jose Antonio Tijerino, President and CEO of the Hispanic Heritage Foundation. „The Dallas Awardees are role models and leaders who excel inside and outside of the classroom. They and their fellow regional honorees represent the next generation of emerging Hispanic professionals, and we are committed to providing them with opportunity and support.“

„It’s a great honor to be involved with the Hispanic Heritage Youth Awards,“ said MTV VJ and Former Miss USA Susie Castillo, the new program spokesperson. „I am inspired in a different way by each one of our outstanding Awardees. These young people possess so much drive and talent, and it’s a real joy to help give them the recognition they deserve.“

The Hispanic Heritage Youth Awards were created to identify and promote the next generation of role models by celebrating their accomplishments in the classroom and community. Now celebrating its 10th Anniversary, this national leadership program provides 288 students with more than $600,000 in educational grants in 12 regions. With the Youth Awards as a feeder program, the LOFT (Latinos on Fast Track) initiative was launched in 2004 to systematically develop sustainable relationships between top Hispanic young professionals who have been awarded and America’s workforce. The Hispanic Heritage Foundation, a 501c3 not-for-profit organization, identifies, inspires, promotes, and prepares Latino role models through national leadership, educational, and workforce programs. For more information about the Hispanic Heritage Foundation, please visit http://www.HispanicHeritage.org . 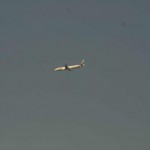 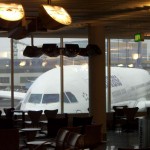 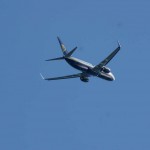