Atlanta – On the eve of the EU Council of Transport Ministers meeting in Brussels, Belgium, Delta urges the EU Council to approve the tentative agreement reached earlier this month between U.S. government and EU negotiators to create a fully deregulated trans-Atlantic marketplace that will benefit customers.

“Delta has supported a liberalized U.S.-EU agreement from its inception because it ultimately benefits the millions of trans-Atlantic customers who travel between the United States and Europe annually,” said Jerry Grinstein, Delta’s Chief Executive Officer. “We are encouraged that a landmark deal is close to conclusion that will welcome a new era of trans-Atlantic travel allowing for a fully deregulated marketplace and opportunity for competition to grow and thrive.“

The U.S.-EU market is the leading market in terms of world air travel. In the year ending 2006, Delta, the largest U.S. carrier across the Atlantic, carried more than 5 million passengers between the United States and Europe. However, the absence of a fully liberalized bilateral agreement has limited competitive flights between the two continents, including restricting Delta from access to London’s Heathrow airport, which prevents and no flights between Atlanta, the world’s largest airline hub and Heathrow, the world’s leading international airport.

“A key focus for Delta has been to obtain meaningful access to London’s Heathrow International Airport,” Grinstein added. “We welcome an agreement that will guarantee Delta and our SkyTeam partners the ability to participate more broadly in European markets, particularly London’s Heathrow airport. Delta trusts that the EU Transport Ministers will see the benefits of this agreement for both EU countries and the United States, and we look forward to ratification of this agreement and the expeditious beginning of what we anticipate will be productive second stage talks.”

Delta is committed to growing its international presence to provide customers with new flights to wherever they want to travel, whenever they want to travel. A liberalized air services agreement would bring immediate benefits to travelers, cargo shippers and carriers in the U.S.– EU market by creating new opportunities for more convenient and competitive service between the two continents.

Delta Air Lines (Other OTC: DALRQ) offers customers service to more destinations than any global airline with Delta and Delta Connection carrier service to 308 destinations in 52 countries. With more than 60 new international routes added in the last year, Delta is America’s fastest growing international airline and is a leader across the Atlantic with flights to 31 trans-Atlantic destinations. To Latin America and the Caribbean, Delta offers more than 600 weekly flights to 58 destinations. Delta’s marketing alliances also allow customers to earn and redeem SkyMiles on more than 14,000 flights offered by SkyTeam and other partners. Delta is a founding member of SkyTeam, a global airline alliance that provides customers with extensive worldwide destinations, flights and services. Including its SkyTeam and worldwide codeshare partners, Delta offers flights to 458 worldwide destinations in 99 countries. Customers can check in for flights, print boarding passes and check flight status at delta.com. 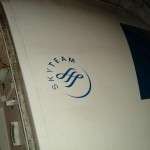 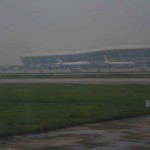