The merger will create a new leisure travel group called TUI Travel PLC. The new company will be headquartered in the United Kingdom and will seek admittance to trading on the London Stock Exchange.

The Merger will be effected through the acquisition, by TUI Travel PLC, of First Choice and TUI’s tourism division, excluding certain hotel assets. The new company will also assume 875 million euros of net financial debt from TUI AG, including all pensions liabilities currently associated with TUI Travel. First Choice will be acquired by means of a scheme of arrangement, as per British legislation.

After completion of the merger TUI AG will hold a 51 per cent. stake in TUI Travel PLC, with existing First Choice shareholders holding 49 per cent. (calculated on a fully diluted basis). TUI Travel PLC will be fully consolidated into TUI AG’s accounts. The merger is expected to complete in the third quarter of 2007.

The Merger is subject to approval by the relevant anti-trust authorities and the shareholders of First Choice. As authorised by the Supervisory Board of TUI AG in an extraordinary meeting last night, the executive board has approved the Merger. Approval of TUI AG shareholders is not required.

The travel company being created under the umbrella of TUI Travel PLC will have, on the basis of the composite figures of the 2006 financial year, a revenue of about €18 billion (£12.1 billion) and EBITA of around €475 million (£325 million). Approximately 27 million holidaymakers travelled with the tour operators and airlines of TUI Travel PLC last year.

TUI Travel PLC anticipates an annual synergy potential amounting to approximately €146 million (£100 million) as a result of the Merger to be fully realised within three years of completion of the Merger. The majority of the synergy effects will be achieved in the British market for instance by having joint administration, joint fleet and flight planning in the airlines, introducing a common IT infrastructure and a more efficient use of marketing instruments. Jobs in Germany will not be directly affected by the merger.

If we comment on forecasts or expectations in this announcement or if our statements relate to the future, these statements may be associated with known and unknown risks and uncertainties. Actual outcomes and developments may, therefore, deviate significantly from the expressed expectations and assumptions. In addition, the performance of financial markets and exchange rates as well as national and international law amendments, particularly with regard to tax regulations, may have an influence. Except as provided by law, the company assumes no obligation to update future statements. 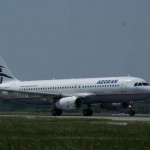 Following the completion of the transaction, Olympic Air will become a subsidiary of the listed Aegean. The brand names and logos of the two companies will be maintained and each will have distinct aircraft and flight staff. 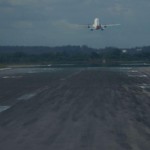 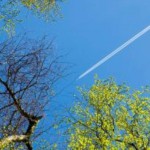