More than 3,000 aircraft needed on the Chinese Mainland in next 20 years

„In terms of in-service aircraft, Airbus‘ market share on the Chinese Mainland has already increased from seven per cent in 1995 to the current 35 per cent. Our aim is to reach 50 per cent in 2011,“ said John Leahy, Airbus Chief Operating Officer Customers. „In next 20 years, the greatest demand for passenger aircraft will come from the Chinese Mainland just after the United States,“ he added.

The drivers of China’s dynamic air transport growth include:

The concentration of the population, the very dynamic and large Chinese cities, combined with the vast potential outbound tourism will translate in a substantial requirement for large aircraft such as the A380, especially, in the next decade. More than 110 A380 passenger aircraft will be required to serve not only long haul international routes but also intra-Asia and domestic China trunk routes.

Meanwhile, Airbus anticipates the opening of more than 110 new long haul routes to/from China to be served by small and intermediate twin-aisle aircraft such as the A350.

The domestic Chinese Mainland traffic will continue to grow at a fast pace, with an anticipated 11.3 per cent increase per year, requiring some 1,200 single aisle aircraft over the next 10 years and as many as 1,900 over the next 20 years.

Airbus is an EADS Company. 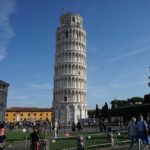 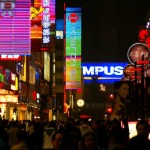