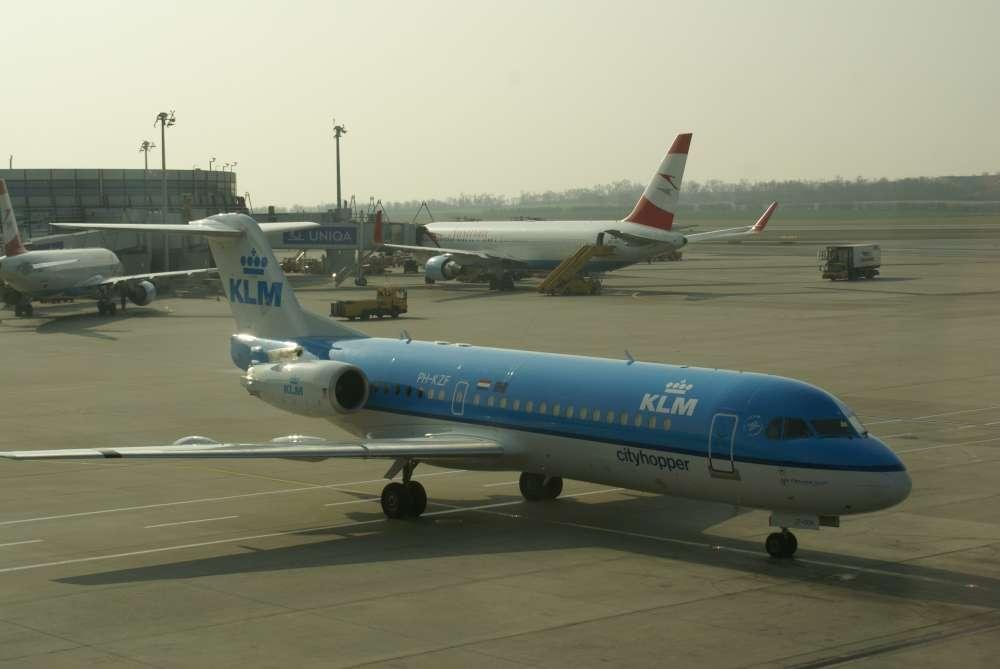 
Even if high-yield traffic has still not recovered to pre-crisis levels, activity over the past few months shows a net improvement compared with last year

AMSTELVEEN  – In this context, the Air France KLM group’s winter schedule posts capacity, measured in ASK (available seat kilometres), up by 3.3% compared with winter 2009. This progression is largely due to the group’s long-haul activity (up 4.1%), whereas activity is practically stable on medium-haul routes (up 0.5%).

Zooming in on KLM’s winter 2010 – 2011 schedule, which starts on October 31st, it is characterized by subtle growth, remaining below pre-crisis production levels. KLM will selectively re-instate capacity in markets that show most promising signs of recovery. Compared to winter 2009 – 2010 overall production will be increased by 6.6%, which breaks down into a 6.9% increase for long-haul destination and a 5.4% increase for medium-haul destinations.

Increasing demand on the North Atlantic matched by additional capacity
As a result of recovery in demand, KLM will increase capacity on the North Atlantic routes by 8%. Together with KLM’s North Atlantic Joint Venture partner Delta Air Lines, 20 destinations will be offered with a nonstop service. The significant growth is generated partly by an increasing number of services and partly by deploying larger aircraft. On the Amsterdam-Atlanta route, KLM and Delta will grow by almost 50% in seats; KLM will increase its services from five times per week to a daily service and Delta Air Lines will deploy a daily Airbus 330-300 service on this route. As a result, many destinations beyond both hubs will be well connected by this service, which operates twice a day.
San Francisco and Mexico City will be served daily, increasing from six weekly frequencies and KLM will allocate 4% more seats to Toronto. The third daily service to New York (JFK), as currently being operated by Delta Air Lines, will be continued during the coming winter season. Portland, Oregon, will be served with an additional frequency to a total of five times per week.

Continued focus on the strategic growth area, Asia
Asiaremains one of KLM’s important growth markets. During recent years, KLM has offered its clients a continuously growing range of destinations. During the last two seasons, Hangzou (China) and Denpasar (Indonesia) were added to KLM’s intercontinental network at Amsterdam Airport Schiphol. The three weekly direct services to Hangzhou, as well as the four weekly tail-end operations to Denpasar will be continued throughout the winter 2010-2011 season. KLM will upgrade the daily service to Delhi by deploying its newest long-haul aircraft Boeing 777-300. Furthermore, frequency expansions have been introduced to Seoul from five to six weekly frequencies. During winter 2010-2011, KLM will continue to invest in this strategically important market.
KLM will further strengthen its position in Japan by adding three weekly flights to Tokyo Narita from November onwards, bringing the total to ten weekly services. In doing so, KLM takes a historic step in the enhancement of the long-lasting relationship between Japan and The Netherlands, meeting the strong demand of Japanese companies situated in The Netherlands.

Stabilizing network in the Middle East
For the Middle East, KLM aims to maintain and stabilise its network, while selectively growing to Teheran, five to six weekly flights, and Dubai twelve to thirteen weekly flights. Strengthening a consistent product and expanding portfolio in Africa KLM will increase its portfolio in Africa with the start-up of Kigali (Rwanda) as tail-end operation behind Entebbe (Uganda). The frequency level will be increased from a four weekly Entebbe operation in the previous winter season to a five times per week combined Entebbe-Kigali service in winter 2010, to accommodate for additional traffic from the fast growing East African region. Furthermore, KLM will maintain its position in Africa through continuing its frequencies to all its African destinations, amongst others Cape Town, Johannesburg, Cairo, Lagos and Accra. During this winter, KLM will also continue its twice-daily service to Nairobi in cooperation with its partner Kenya Airways, therewith offering multiple connections to a wide range of destinations in Africa, including new KQ destinations such as Luanda (Angola) and Juba (Sudan).

Focus on growing Latin American markets and maintaining the position in the Dutch Antilles
In response to rapidly growing Latin American markets, KLM will increase the number of services to São Paulo during the winter season, by reinstating the seventh weekly frequency. This results in a year-round daily product to the largest market of South America. In addition, seat capacity will be increased to São Paulo, as soon as KLM’s fifth B777-300 is introduced in its long-haul fleet, in March 2011. Furthermore, from the start of winter 2010, KLM will increase the number of frequencies to Panama City (five to six weekly). By doing so, KLM will further build on the successful cooperation with Copa Airlines, at the same time resulting in improved connectivity for KLM’s passengers to multiple destinations in Central America.
Current summer 2010 frequency levels to the Dutch Antilles will be maintained, which include the twice weekly Aruba-Curuçao services that were successfully re-introduced at the end of the previous winter season.

In Europe, KLM will add capacity on well recovering destinations
Major destinations like Manchester, Edinburgh, Frankfurt, Helsinki and Moscow have an increase in the number of seats. Destinations closer to home, in Germany (Cologne, Dusseldorf, Bremen and Hanover) and the Benelux (Brussels and Luxemburg) benefit from the phase out of the Fokker 50 turboprop and now enjoy a full-jet product. KLM will start its own operation to Budapest, and the cooperation with Malev Airlines will be terminated. KLM, together with partner Rossiya Airlines, will offer twelve flights per week to St Petersburg, compared to nine the previous winter. This summer, the number of weekly flights to Liverpool increased from three to four, which will be continued this winter. Together with partner Alitalia, KLM now offers four flights a day to Linate airport, located near the centre of Milan. Also, KLM will add Belgrade to its European network through a codeshare with partner airline JAT Airways.