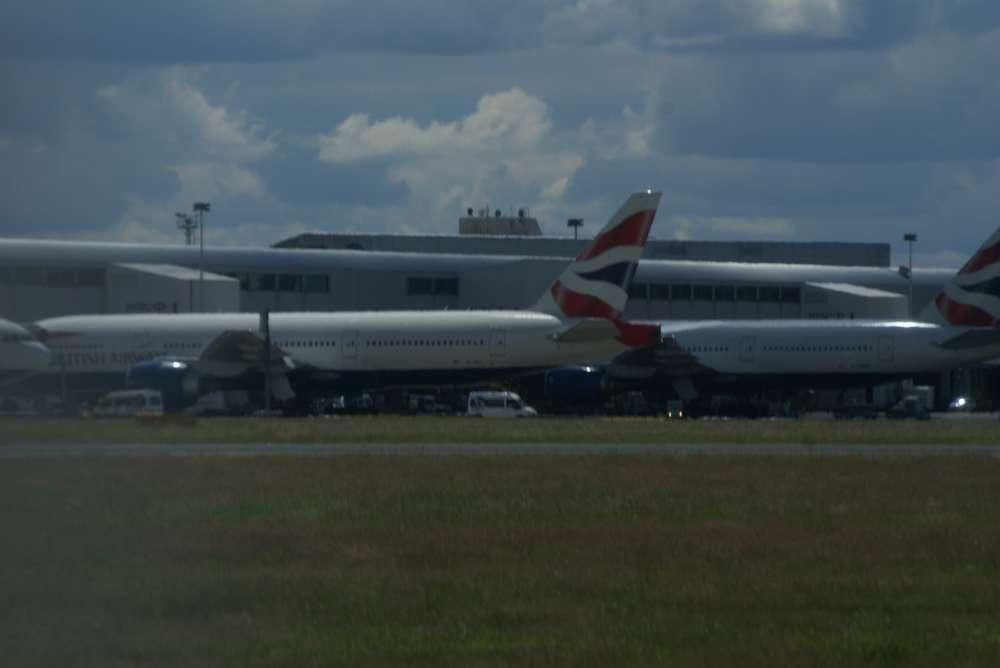 
IMPROVED PERFORMANCE FROM REVENUE AND COSTS

“Despite both revenues and cost being hit by the closure of UK airspace following the Icelandic volcanic eruption and the impact of industrial action, our financial performance improved during the quarter from underlying revenue increases and further cost reductions.

“The trends in our passenger and cargo traffic continue to be positive with yields up and costs down. Together this led to a reduced operating loss for the period though pre tax losses increased as a result of additional finance costs and the impact of non cash foreign exchange movements.

“Our cost performance continues to follow last year’s trend with total costs for the quarter down 3.3 per cent. Our focus must remain on cost control as we grow and continue our quest for permanent structural change across the business.

“Both the airline’s cash and debt position remained strong in the quarter.

“The impact of all disruptions was in line with previous estimates, some £250 million in the quarter.

“We have achieved some major strategic milestones in the last couple of weeks. Our transatlantic joint business with American Airlines and Iberia has received regulatory approval from the US and EU authorities and will start this autumn. In addition, we’ve received the green light from regulators for our merger with Iberia.

“In June, we agreed with our pension trustees on a recovery plan to address our pension deficits that avoids closing the schemes and maintains our annual contributions at the current level of £330 million. The recovery plan was finalised following consultation with our trade unions who agreed on reductions in future benefits. It was submitted to the UK Pensions Regulator which has now completed its review of the funding agreements and recovery plans and has confirmed that the plans are acceptable. Iberia has until September 30, 2010 to review the recovery plan as part of our merger agreement.

“We continue to invest in our customers and have taken delivery of the first of six Boeing 777-300ER aircraft which have all new interiors including new First, our award winning new Club World cabin, new World Traveller and World Traveller Plus cabins and a new in-flight entertainment system. The state-of-the art aircraft is bigger, quieter and more fuel efficient than its predecessors and showcases the future face of British Airways.

“In June, we welcomed our 50 millionth customer through Terminal 5. Since T5 opened we have raised our flight punctuality to record levels and now have the best baggage performance of any major European hub based carrier. We’re also achieving excellent operational performance at Gatwick where we are consistently the most punctual major airline. In the quarter, 89 per cent of Gatwick flights departed on time”.

Total revenue in the period was down 2.3 per cent. Passenger revenue was down 3.4 per cent, on capacity down 11.2 per cent. Yields improved by 13.5 per cent, 12.7 per cent excluding exchange, driven by a change in mix especially within cabin. Without the disruption during the period, passenger revenue would have increased by some 11 per cent year on year.

Our cargo business has seen strong performance, with revenue increasing by 36.7 per cent.  Cargo yields increased by 33.9 per cent, driven by demand, mix and fuel surcharges. Cargo volumes, measured in cargo tonne kilometres, increased by 2.1 per cent.

The retranslation of foreign debt and the marked to market movement on fuel and currency hedges along with the loss for the period have reduced reserves by £214 million to £481 million.

Loss before tax for the period was £164 million.

The effective tax rate for the quarter was 26 per cent.

Our new First cabin has been installed on seven aircraft and will be fitted across the longhaul fleet by the end of next year.

A new British Airways App gives customers access to real time flight information about their bookings, full integration with their Executive Club details, a dedicated travel news section, a Twitter news feed and a link to the ba.com mobile website. Executive Club iPhone users can use the new App to display mobile boarding passes on their phones, which can be scanned at check-in to speed up and enhance the boarding process.

BA CityFlyer now operates the youngest airline fleet in the UK after the final Avro RJ100 left the fleet this month. The RJs are being replaced by 11 brand new Embraer 170 and 190SR aircraft, the first of which was delivered 10 months ago with the final one being delivered this November.

As already announced, we have decided to re-introduce one Boeing 747 into service this winter and will keep capacity under review as market conditions develop.

We continue to work closely with our staff and key suppliers to reduce costs, improve productivity and ensure that the improvements that we have made during the past 21 months remain in place as the business starts to grow.

Our new global charity partnership with Comic Relief, “Flying Start”, was launched with a pledge to raise up to £8 million by 2013 for vulnerable and disadvantaged children in the UK and around the world.

We are establishing, in partnership with the Solena Group, Europe’s first sustainable jet-fuel plant and plan to use the low-carbon fuel to power part of our fleet from 2014. The new fuel will be derived from waste biomass and manufactured in a state-of-the-art facility that can convert a variety of waste materials, destined for landfill, into aviation fuel.

We have made further improvements to our carbon offset scheme as customers can now offset their carbon emissions based not only on the distance flown but also by the cabin they fly in. This means that customers travelling in premium cabins, who have more space on the aircraft, will pay more to offset their emissions. Likewise, those in economy will pay less.

We won the Wildlife Trust’s Biodiversity Benchmark award for the Harmondsworth Moor parkland at our Heathrow head office – an award we have held since 2003.

Our Corporate Responsibility report was published during the period and is available online at www.britishairways.com/travel/csr-corporate-responsibility.

While some economic experts are flagging the risk of a “double dip” recession, the steady recovery continues and, on that basis, we continue to target to break even at a profit before tax level for the full year as we move forward on our strategic objectives and continue to build on our excellent customer service.