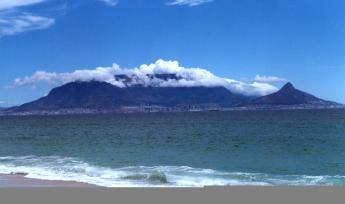 
SOUTH AFRICAN Tourism’s new Chief Executive Officer, Ms Thandiwe January-McLean is keenly aware that she takes up the reigns at the destination marketing organisation at a momentous time in the tourism industry’s history

Johannesburg – The nation and the industry stood on the cusp of the 2010 FIFA World Cup and the rich legacy it promised. South African Tourism had taken far-reaching strategic decisions to invest heavily in regional, continental and emerging markets, January-McLean said.

She was talking to journalists at the organisation’s head office in Sandton, Johannesburg.Although the organisation would continue its work in the non-continental markets, arrivals from African countries were growing and offered a lucrative source of arrivals for the industry.

The organisation had almost doubled its marketing budget for the Africa markets – from R30 million in the present financial year to R55 million for the upcoming financial year.

Angolan visitors, for example, spent more money in South Africa (R24 000 per visitor on average) than any other visitor from any other market in the world. Arrivals from Angola were also growing exponentially with almost 12 percent (11.9 percent actual) growth in arrivals for the period January to October 2009.

“We are determined to give this market the attention it deserves,” January-McLean said. “We will appoint a Trade Relations Manager in Angola soon. This person will work with stakeholders and travel agents to protect and grow South Africa’s market share there.”

South African Tourism had also upped its investment significantly in the India and China markets that enjoyed growth of 18 and 10 percent respectively in 2009. The marketing budget for China would grow by 20 percent and the budget for India would grow by 50 percent in the upcoming financial year, she said.

She added she was delighted to have joined the team now at a most exciting time in the industry’s history. The 2010 FIFA World Cup, she said, would extend and challenge the industry. But it also had the potential of leaving a legacy that will serve the nation well into the future.

She was meeting with numerous tourism players and stakeholders in both the private and public sector to ensure inclusiveness and to make sure she understood the numerous visions for the industry and for the many ambitions (corporate, national and personal) that the industry served.

Her big focus in the next two and a half months will be the delivery of INDABA 2010.

INDABA will have a strong World Cup focus this year, and Meetings Africa later this month will show the global business tourism community how hosting the World Cup has enhanced South Africa’s conferences, meetings and association hosting capability.

“The industry and national bodies must collaborate and work together to grow arrivals if tourism is going to impact positively, and significantly, on economic growth and job creation.” 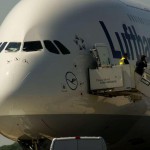