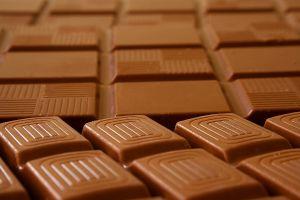 
Only in San Francisco, with its rich and lucious history of food, can one find four of the nation’s 11 major chocolate manufacturers and a disproportionate number of unique boutique chocolatiers.The Bay Area is home to some of the greatest chocolate factories in world including: The Ghirardelli Chocolate Company, See’s Candies and Scharffen Berger Chocolate (recently acquired by the Hershey Company).

San Francisco – In 1849, an Italian chocolatier by the name of  Domingo Ghirardelli received news of a gold strike at Sutter’s Mill and took it upon himself to strike it rich and sail off to California. While Ghirardelli found no luck in the Gold Rush, he found his fortune in chocolate instead. He established his first chocolate factory in San Francisco’s famous Fisherman’s Wharf, which is considered a historic landmark today.

Ghirardelli is one of the few chocolate companies in the United States to control every aspect of its chocolate manufacturing process, rejecting up to 40 percent of the cocoa beans shipped in order to select what the company calls the „highest quality“ beans. The company then roasts the cocoa beans in-house by removing the outer shell of the bean and roasting the inside of it. Today, Ghirardelli’s Chocolate Factory is considered one of the most popular sites in the Bay Area because on any given day, you can find decadent, gooey chocolate churned there.

Ghirardelli Chocolate Company is a major contributor in the multi-billion dollar industry that can soothe the soul of the savage beast as well as stimulate “feel good” hormones. While chocolate is no longer being manufactured in Ghirardelli Square, the retail store still serves fresh chocolate sundaes and other sweet confections. 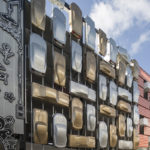