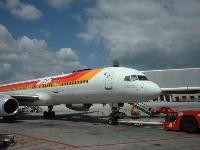 
The airline will hand out 50 prizes –worth two return air trips within Europe– in a drawing for those who donate at least 50 euros to the Red Cross.

Madrid – Iberia and its employee NGO Mano a Mano have already sent 48 tonnes of aid supplies to the devastated country, and will send another 50 tonnes shortly

·        It is offering special conditions and extra luggage allowances to firemen, surgeons, rescue crews and other volunteers

The Iberia Intranet is being used to channel employees’ donations to the Red CrossToday Iberia is launching a campaign among its customers to raise funds for relief of Haiti earthquake victims, in collaboration with the Spanish Red Cross.

To encourage donations, it will hold a drawing with 50 prizes for donors contributing 50 euros or more. The prizes take the form of enough Iberia Plus frequent flyers points to pay for two return trips within Europe. Iberia Plus cardholders can take part by sending an email through the link published on the Iberia website, attaching a receipt for their conation to the Red Cross and their Iberia Plus registration number. Non-members wishing to participate can join Iberia Plus immediately by registering on line on the Iberia web site.

Iberia employees can use the company Intranet to make their donations to the Red Cross.

Iberia has been helping Haiti since the earthquake struck on January 12th by gathering and sending humanitarian relief supplies and taking rescue workers to Santo Domingo, capital of the Dominican Republic, which shares the island of Hispaniola with Haiti.

In collaboration with Mano a Mano (“Hand to Hand”, an NGO set up by Iberia employees) , the airline has already delivered 48 tonnes of aid supplies to the island, and is preparing shipments of another 50 tonnes to be dispathed in coming days. The aid includes drinking water, blankets, sheets, bandages, torches, facemasks, sterile gloves, clothing, and body bags. Other institutions contributing to this shipment are the Spanish Red Cross, the Spanish International Development Cooperation Agency , la Reina Sofia Foundation, the Health Agency of the Madrid Regional Government, the City Council of Getafe, and private companies including El Corte Inglés and Cofares.

Since January 13th Iberia has operated its largest aircraft on the route to Santo Domingo to add 100 extra seats and cargo capacity. Iberia flights have been used to take rescue teams, including firemen, physicians, and Red Cross as well as UN volunteers, along with those belonging to other humanitarian organisations, to contribute to relief efforts in Haiti.

Tomorrow Iberia is to fly another team of 16 FADEI Foundation physicians, including surgeons, traumatologists, anaesthetists, and paediatricians, all especially trained for large-scale emergencies, and who will set up an operating theatre in the Jimaní hospital in Haiti. 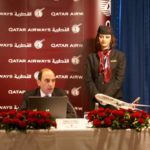 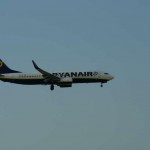