Aircraft-related charges. The aircraft-related charges in the fourth quarter of 2009 consist of a $23 million non-cash charge to write down to fair value certain 737-300 and 737-500 aircraft and spare parts and a $13 million loss on the sublease of eight EMB-145 aircraft. In June 2008, Continental announced its decision to retire all of its Boeing 737-300 aircraft and a significant portion of its Boeing 737-500 aircraft by the end of 2009. As of Dec. 31, 2009, the company had removed a majority of its 737-300 fleet from service. The 737-300 and 737-500 aircraft fleets and spare parts, a portion of which was being sold on consignment, experienced further declines in fair values during the fourth quarter of 2009 primarily as a result of additional 737s being grounded by other airlines. The $13 million loss on the sublease of eight EMB-145 aircraft was based on the difference between the sublease rental income and the contracted rental payments on those aircraft during the two and one-half year average initial term of the related sublease agreement.

Pension plan settlement charges. The pension plan settlement charges relate to lump-sum distributions from Continental’s pilot-only frozen defined benefit plan. Accounting rules require the use of settlement accounting if, for a given year, lump sum distributions exceed the total of the service cost and interest cost components of the current year’s pension expense for the plan. Under settlement accounting, unrecognized plan gains or losses must be recognized in the current period in proportion to the percentage reduction of the plan’s projected benefit obligation from these lump sum distributions. Continental will recognize $29 million of unrecognized plan losses for the fourth quarter and full year 2009.

Route impairment and other. During the fourth quarter of 2009, the company recorded a $12 million non-cash charge to write off several intangible route assets. In September 2006, the Financial Accounting Standards Board issued guidance that defines fair value and establishes a framework for measuring fair value. This guidance was effective Jan. 1, 2009 for all non-financial assets. Application of the new rules affected Continental’s annual impairment testing of international routes, which the company performs as of Oct. 1 of each year. International routes, which are indefinite-lived intangible assets, represent the right to fly between cities in the United States and foreign countries. In prior years, Continental determined the fair value of each route by modeling the expected future discounted cash flows associated with such routes. With the adoption of new accounting rules, fair value is now determined based on the price that would be received by a seller of the route in an orderly transaction between market participants based on the highest and best use of the asset. The special charge of $12 million in the fourth quarter of 2009 represents the write-off of the net book value associated with certain routes to countries that are subject to „open skies“ agreements and where there were no significant barriers to the ability of new entrants to serve the international destination, such as airport slot restrictions or gate availability.

Prior to the fourth quarter of 2009, Continental recorded an additional $10 million of other special charges that related primarily to an adjustment to the company’s reserve for unused facilities due to reductions in expected sublease income for a maintenance hangar in Denver. 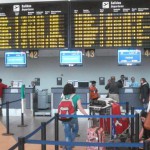 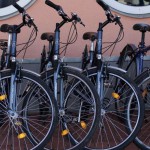