While remaining below last year’s levels, unit revenues continued their recovery thanks to a more marked improvement in long-haul premium traffic.

–          On the European network capacity was reduced by 8.3% on the back of adverse weather conditions and network restructuring. Traffic declined by only 6.4% and the load factor improved by 1.3 points to 67.3%.

Unit revenues continued their improvement, almost returning to last year’s levels (which were already impacted by the crisis and the drop in fuel surcharges). 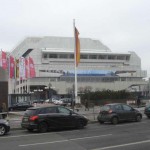 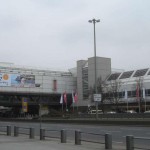