Swissport International, global leader in the air transport ground handling sector, is pleased to announce the appointment of Johannes C. Spindler to the post of General Counsel & Head Legal Affairs.

Zurich – Upon assuming his new duties as of 15 March 2010, Johannes C. Spindler will hold the title of Executive Vice President and become a member of Swissport Executive Management.

Dr. iur. Johannes C. Spindler (40) joins Swissport International from Kuoni Travel Holding Ltd., where for the past four years he has held the post of Senior Vice President and served as Head of Legal Affairs, as well as fulfilling various other management duties for the international Kuoni Group. Spindler was previously a member of the Legal Affairs unit of Swiss International Air Lines AG (formerly Swissair) and is thus profoundly familiar with the aviation sector and its distinctive characteristics. Johannes Spindler studied at the universities of Konstanz, Heidelberg and Leeds (UK) and also gained professional experience working for law firms in Germany and the USA.

Johannes C. Spindler acquired his degree in law in Frankfurt, Germany, and also completed a degree in European and International Business Law from the University of St. Gallen.

Johannes Spindler’s appointment fills the vacancy in Swissport’s Legal Affairs unit that has existed since the summer of 2009 when José Ramón Delgado Lorente left the industry leader and returned to Spain to take on new duties with the Ferrovial Group.

Per Utnegaard, President and CEO of Swissport International, duly expressed his delight with the new appointment: “Johannes Spindler’s educational background and international professional experience are impressive. I am convinced that, with his commitment to the Swissport Group, he will prove to be a valuable asset to our company. We extend a warm welcome to Johannes Spindler and wish him much success in his new post.” 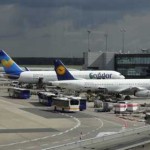 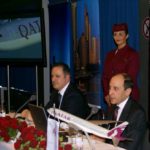