The service allows customers to receive boarding passes electronically on their cell phones or PDAs and eliminate the need for paper boarding passes.

„Continental is continuing to lead our U.S. competitors by being the first to offer mobile boarding passes at an airport outside of the United States,“ said Mark Bergsrud, senior vice president of marketing programs and distribution for Continental. „Our customers have told us this is the type of self-service technology they want, and we are pleased to make it available at Frankfurt.“

Mobile boarding passes display a two-dimensional bar code along with passenger and flight information, and scanners at the security check point validate the authenticity. The technology prevents manipulation or duplication of the boarding passes and heightens security.

Continental was the first carrier to offer paperless boarding passes in the U.S. in a pilot program with the Transportation Security Administration that began in December 2007. The airline currently offers mobile boarding passes at 35 airports, including its hubs in New York, Houston and Cleveland, with plans to expand to more U.S. and international destinations.

Continental Airlines is the world’s fifth largest airline. Continental, together with Continental Express and Continental Connection, has more than 2,400 daily departures throughout the Americas, Europe and Asia, serving 130 domestic and 132 international destinations. Continental is a member of Star Alliance, which provides access to more than 900 additional points in 169 countries via 24 other member airlines. With more than 41,000 employees, Continental has hubs serving New York, Houston, Cleveland and Guam, and together with its regional partners, carries approximately 63 million passengers per year. 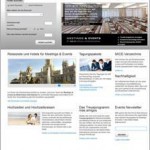 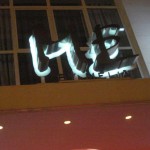