Swissport and easyJet to extend their successful collaboration in Geneva 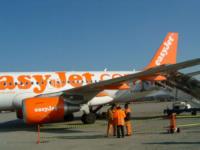 Swissport and easyJet to extend their successful collaboration in Geneva


Swissport International, the world’s leading provider of ground services to the aviation sector, is to extend its existing cooperation agreement with leading European low-cost carrier easyJet for a further four years. The accord, which is of major importance to both partners, covers the provision of ground services at Geneva Airport for some 31 000 movements a year.

Zurich – Swissport and easyJet have been successfully collaborating at Geneva Airport for several years now. With the precise numbers varying from season to season, between 250 and 350 Swissport ground personnel are currently assigned to looking after easyJet services, providing the full range of ground handling required for some 3.8 million passengers a year travelling to more than 40 destinations.

The fact that the present cooperation agreement is now to be extended for a further four years is testimony to the partners’ flawless collaboration and reciprocal confidence and trust. easyJet has expanded its Geneva station into a key European hub over the past four years, almost doubling both flight numbers and passenger volumes.

“We’re delighted to have extended our present collaboration,” says Ernest Hochuli, CEO of Swissport Geneva. “I’m convinced that we will continue to provide easyJet with a Geneva ground handling operation that is not only punctual but also meets and maintains the highest quality standards. I also see further growth potential for easyJet’s Station Geneva; and we will be doing our utmost to ensure that the excellent collaboration we already enjoy can be further developed and refined in the years ahead.”

easyJet is equally pleased with the new extended accord. “We are confident that, despite the present economic difficulties, we will see a further increase in demand for our flights and will remain successful in the longer term,” says Jean-Marc Thévenaz, Managing Director of easyJet Switzerland. “We’re also convinced that in Swissport, we have selected the right partner for our Geneva operations for the years ahead.”

easyJet, which has achieved swift and successful growth over the past few years, is one of Swissport’s five biggest airline customers worldwide. In addition to its Geneva operations, easyJet has entrusted Swissport with its ground handling in Basel and Zurich in Switzerland and at five further stations in the UK and Spain. 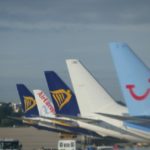 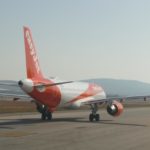 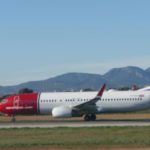 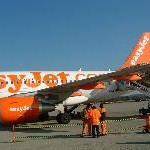