Czech Airlines to Introduce a New Ticket-Offering Management System, Putting the Airline among the European Leaders

Czech Airlines to Introduce a New Ticket-Offering Management System, Putting the Airline among the European Leaders

Prague – The system operates on the basis of network flying, and it sets the price of the ticket based on the place of origin and final destination of the journey, which will be appreciated primarily by transit passengers travelling in Europe. This will afford them over 3,600 connections in Europe, Central Asia, and the Near and Middle East. By introducing this model, Czech Airlines will place itself among leading European airlines that use this system.

„Origin & Destination is based on several foundations. In particular, it takes advantage of the position of Prague and the principle of network flying, when Czech Airlines aircraft arrive at and depart from Ruzyně Airport in connected waves, turning it into a hub. By efficiently determining the price of a ticket solely on the basis of the origin and destination of the trip, with a view to the network, it can offer competitive conditions, compared to direct flights, to passengers who are willing to travel through Europe with a maximum of one transfer in Prague,“ says Petr Pištělák, Czech Airlines Vice President for Marketing and Product Development, in explaining the basic principles of the system, adding: „That is the main difference compared to the so-called point-to-point flying, both in terms of pricing and capacity management, and in terms of market size. While the potential for flights from Prague to Prague is about USD 1.13 billion per year, Czech Airlines’ major share in it can only be increased with difficulty. But the potential of the sixth-freedom market via Prague can be estimated at USD 3.12 billion per year. Czech Airlines wants to fight for a share in it, i.e., for transit passengers, which could bring it about half a billion crowns in added revenues per year. Focusing merely on the extremely dense European point-to-point market, with a self-destructive price war, would be an unwise solution. „

The new system creates so-called O&D connections, i.e., variants of possible travel in the Czech Airlines network with a transfer in Prague. According to the Czech Airlines 2009/2010 winter flight schedule, there are over 3,600 such routes. The O&D system evaluated tens of thousands of entries in a mathematical model, for example from the current development of bookings on individual segments and the historical development of bookings, to the likelihood of interest in tickets in individual markets. And all that from the point of view of the entire Czech Airlines network. „On that basis, it sets ticket prices separately for each segment and works more flexibly with their amount, depending on demand throughout the network. It can more efficiently shift and offer available capacity on individual segments throughout the network, so as to maximise the likelihood of the sale of vacant seats. The Origin & Destination system can entirely uniquely manage ticket pricing, both on the local point-to-point flight market, as well as on other markets in so-called networked flying, with a transfer in Prague. The existing system cannot do this in such a sophisticated form,“ adds Tomáš Holan, Director of the Revenue Management Section of Czech Airlines, which was responsible for the preparation of the entire project.

The impact of the economic crisis and the subsequent decline in demand for air carriage in certain segments were the most important factors in configuring the 2009/2010 winter season flight schedule. Czech Airlines is continuing to bolster its service, especially to the eastern markets: Moscow by five flights per week, Yekaterinburg and Yerevan by two, and Rostov-on-Don, Tbilisi, and Minsk by one, compared to the previous winter flight schedule. To Moscow, Czech Airlines offers three daily flights every day of the week, and further flights in code-share cooperation with Aeroflot. On the other hand, due to the crisis, Czech Airlines has noted a decline in interest in travel to certain destinations, such as Ostrava, Žilina, Riga, London, and Hamburg, where Czech Airlines cancelled its flights at less-frequently used times. In the case of Oslo, Stockholm, and Venice, morning flights were merged into one and, on the contrary, evening flights were increased. Czech Airlines is closing down its service to Manchester and its own operation to New York, due to these flights having proven to be financially inefficient and loss-generating for some time. Starting with the 2009/2010 winter flight schedule, flights to New York will be provided by a SkyTeam partner, Delta Air Lines. Thanks to code-share cooperation, Czech Airlines will continue to sell tickets for the Prague-New York-Prague route under its own designation, OK. The new Czech Airlines 2009/2010 winter flight schedule will apply from 25 October 2009 to 28 March 2010. 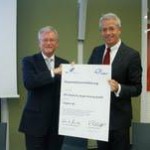