Swissport International, the world’s leading provider of ground services to the aviation sector, has appointed Peter Kohl as
the new head of its German cargo organisation following Paul Arnold’s decision, to leave Swissport to pursue a new professional challenge. Kohl, who is 40, will also be in overall charge of Swissport’s Austria/Hungary cargo region in his new function, which he assumes on 1 September.

Zurich – Despite encouraging new business in Swissport’s logistics division and some positive signs from various contractual partners, the global air cargo sector continues to suffer from the worldwide economic downturn and its repercussions. Business is recovering hesitantly (the previous 25% industrywide revenue declines have eased to single digits), but it will still take extensive efforts to put world airfreight back onto an even keel. In Germany, one of its key logistics markets, Swissport has resolved to make a new start and bring fresh dynamism to the process by appointing Peter Kohl, a widely-experienced ground handling manager, to head its cargo organisation.

Peter Kohl has been with the Swissport Group for eleven years now, during which he has already held a number of executive positions.

As Business Development Manager, he was instrumental in developing Swissport’s worldwide station network; and he has also served as project leader on the establishment of numerous new stations and country organisations for both passenger and cargo handling. Peter Kohl can further draw on CEO experience in various countries (most recently in the Far East), and is also intimately familiar with ground handling operations. In his new capacity he will be responsible for 12 stations and 520 personnel.

“We are delighted with Peter Kohl’s appointment,” says Nils P. Knudsen, Senior Vice President and Head of Cargo Services Europe at Swissport International. “In assuming his new duties as Cargo CEO for the Germany/Austria/Hungary region, Peter is taking a further step in his career. We wish him every success and satisfaction.”

Paul Arnold will be leaving the Swissport Group on 30 September after 11 years to take on a new professional challenge. Swissport offers him its warmest thanks for his many years of work, service and commitment, and wishes him all the best in his future career.

Swissport International Ltd., which is owned by Ferrovial, a leading global infrastructure and service corporation based in Spain, provides ground services for over 70 million passengers and 3.5 million tonnes of cargo a year on behalf of some 650 client companies. With its workforce of around 32 000 personnel, Swissport is active at 182 airports in 38 countries on five continents, and generated consolidated operating revenue of CHF 1.9 billion (EUR 1.2 billion or USD 1.7 billion) last year. www.swissport.com / www.ferrovial.com 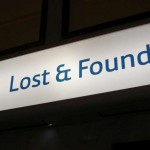 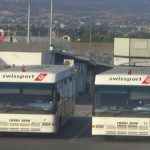 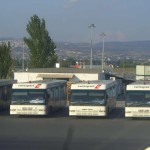