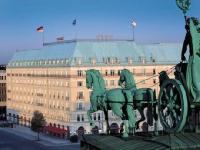 
The hotel development boom is far from over: Throughout the next years, the number of luxury hotels in Germany is going to increase by around 20 percent, with 42 new five-star hotels to be opened over the next four years.

The first-class segment will see an increase in establishments of roughly six percent (176 new four-star hotels). Growth in the comfort segment ranges at around one percent (87 new three-star projects). In total, the German hotel market will experience a 2.6 percent growth (or 353 new hotels in all categories combined).
(Source: FIND – Foodservice Industry National Database)

Additional data on the out-of-house market:

€14.67 billion for catering in Germany

European comparison – Germany has the most lodging establishments (44,812)

Gastronomy in the German-speaking region generated turnover of €26 billion

About CHD Expert (Deutschland) GmbH: The company’s business branches range from market research to direct marketing and data management. The company philosophy is „Know it and do it!“ Founded in 1997 as Marktplatz Hotel GmbH, it is now operating globally under the name of CHD Expert (Deutschland) GmbH, with partners in all major European economies, as well as in the USA, Canada and Asia. CHD Expert is a Preferred Partner of the German Hotel Association (IHA). Their clientele includes well-known companies in the fields of food & beverages, furnishing, media, and others. More at: www.chd-expert.com.

Qantas announced today that it would increase its New York services from five per week to a daily service from 14 August 2007.

QantasLink announced that it would expand its Boeing 717-200 fleet from eight to 11 aircraft as part of a renewed operating agreement with National Jet Systems (NJS). 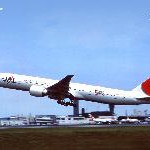