São Paulo – In July 2009, GOL recorded an increase in demand on its route network for the fourth consecutive month. In addition to the seasonally favorable period for the airline industry as a whole, passenger traffic volume (measured in RPK – revenue passenger kilometers), moved up over June 2009 thanks to the following factors: (i) the school vacations in July; (ii) the increased supply of low-fare seats, aiming to optimize the Company’s load factor, yields and cost structure, in line with the strategy of generating positive operating cash flow; and (iii) revitalizing the SMILES program (Latin America’s largest mileage program, with more than 6.2 million members). As a result of all these factors, GOL reported a 7.4% increase in RPK over July 2008 and a 20.3% upturn over the previous month.

A further positive contribution to traffic came from the new fare categories (which allow us to offer the most appropriate product for each type of client), combined with the Company’s dominating presence in Brazil’s main airports and routes.

The Company achieved a total load factor of 71.5%, its highest figure

since the VRG acquisition.

RPK volume moved up by 22.8% on the domestic market and by 20.3% in consolidated terms in July.

In line with its focus on optimizing operating profitability, the utilization ratio of GOL’s operational fleet (measured in block hours) exceeded 12 hours/day in comparison to 11.3 hours/day posted in 1Q09, pushing up seat supply (measured in ASK – available seat kilometers) by 7.3% over June 2009. This gradual and planned increase in block hours is an important factor in diluting operating costs.

In this scenario, domestic market demand climbed by 29.0% year-over-year and by 22.8% over June 2009 (a low-season month). The international segment recorded an opposite tendency, with demand dropping by 61.6% over the same period last year, due to the elimination of long-haul routes, and falling by 1.6% over the previous month due to the Company’s strategic decision to temporarily suspend flights to Lima in order to revaluate it and reduce the frequency of flights to Santiago and Buenos Aires, mainly driven by its focus on profitability. As a result of all the above, average net yield remained slightly above the June figure, thanks to the yield adjustment in the second half of the month, higher than the R$19.43 cents reported in 2Q08, but still below the R$21.93 cents posted in 1Q08. (1) Available seat kilometers, or ASK, represents the aircraft seating capacity multiplied by the number of kilometers the seats are flown. (2) Revenue passenger kilometers, or RPK, represents the number of kilometers flown by revenue passengers. (3) Load factor represents the percentage of aircraft seating capacity that is actually utilized (calculated by dividing RPK by ASK).

GOL Linhas Aéreas Inteligentes S.A. (NYSE: GOL and Bovespa: GOLL4), the largest low-cost in Latin America, offers around 800 daily flights to 49 destinations that connect all the important cities in Brazil and nine major destinations in South America. The Company operates a young, modern fleet of Boeing 737 Next Generation aircraft, the safest and most comfortable of its class, with high aircraft utilization and efficiency levels. The Company’s service is recognized as the best value proposition in the market

This release contains forward-looking statements relating to the prospects of the business, estimates for operating and financial results, and those related to growth prospects of GOL. These are merely projections and, as such, are based exclusively on the expectations of GOL’s management concerning the future of the business and its continued access to capital to fund the Company’s business plan. Such forward-looking statements depend, substantially, on changes in market conditions, government regulations, competitive pressures, the performance of the Brazilian economy and the industry, among other factors and risks disclosed in GOL’s filed disclosure documents and are, therefore, subject to change without prior notice. 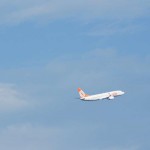 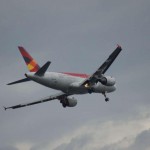