At its first virtual Board of Directors meeting, ASTA’s Board reviewed the Society’s current position with respect to targeted and year-to-date goals, and was provided updates in critical areas of interest for the Society and its membership. The Board also installed the Executive Committee, which had three open positions for 2009-2010 and for which all three candidates ran unopposed.

Alexandria, VA – Sitting on the 2009-2010 Executive Committee will be Chris Russo who was re-elected as ASTA president and chairman. Russo will serve with Hope Wallace, CTC, who was re-elected to the position of vice president and secretary. Nina Meyer will serve as ASTA’s treasurer. Also, pending ratification at the Board meeting during THETRADESHOW, Ellen Bettridge (American Express), the newly elected Corporate Advisory Council (CAC) chair, will serve as CAC-member director. Bill Maloney, CTC, ASTA CEO (ex officio), also will sit on the Executive Committee. The 2009-2010 Executive Committee will serve a one-year term, commencing at the end of THETRADESHOW (Las Vegas, Sept 13-15).

During the meeting, Board members received updates on ASTA’s financial status and heard from the various departments on their progress for the year. Among the topics covered were:

The Board also unanimously voted to:

The mission of the American Society of Travel Agents and its affiliated organizations is to enhance the professionalism and profitability of members worldwide through effective representation in industry and government affairs, education and training, and by identifying and meeting the needs of the traveling public.

ASTA’s Young Professionals Society (YPS) is launching a new Webinar series to provide career development resources for its members, as well as for young professionals considering a career in travel.

Kay Urban, president and CEO of Amadeus Americas, will be a featured speaker at the general session at ASTA’s International Destination Expo (April 19-22, Istanbul) on April 21. 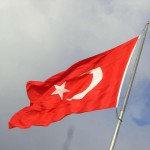 Attendees of ASTA’s International Destination Expo (April 19-22, Istanbul) will kick off the event with a casual reception on the Bosporus on the evening of April 19.