WHITE PLAINS, N.Y.–(BUSINESS WIRE)–May. 19, 2009– Starwood Hotels & Resorts Worldwide, Inc (NYSE: HOT) and PepsiCo., Inc. (NYSE: PEP) joined forces today to offer meeting planners unprecedented savings for their meetings and events and a unique opportunity to give back to the community. This new promotion is part of a larger effort by Starwood to stimulate the hard hit meetings industry by offering value added incentives that provide a great benefit to group customers, including small businesses, large corporations and associations.

Now through August 31, 2009, meeting planners that book a new meeting with 10 or more room nights will receive four percent (4%) off of their master account plus a complimentary morning or afternoon refreshment break from PepsiCo. Additionally, companies will have a chance to win a private concert with Grammy-nominated British songstress Natasha Bedingfield for a charity of their choice. Famous for her hit singles, “Pocketful of Sunshine” and “Unwritten,” the pop star will perform an intimate concert in the name of the winning company’s favorite charity in November or December 2009. This exciting group program is bookable at more than 290 North America hotels across eight of Starwood’s brands including Westin, Sheraton, Le Méridien, W, Luxury Collection, Four Points by Sheraton, Element and Aloft.

Starwood’s latest meetings promotion is one of the best deals in the industry, appealing to meeting planners and their attendees alike. The complete offer includes:

“Meetings and incentives are a critical component that will help jump start business and ultimately serve as a catalyst to economic recovery,” said David Marr, Senior Vice President of Brand Management, North America at Starwood Hotels & Resorts. “That said, we understand that our customers’ budgets are tighter than ever, and ultimately the more value we can provide to them, the more likely they are to proceed with their meeting programs which support their business goals. We created this initiative to strike the right balance between providing value for meetings in today’s tough economic reality while at the same time supporting philanthropic efforts that are important to our customer’s local communities. In collaboration with PepsiCo and Natasha Bedingfield, we are delighted to offer an innovative meeting experience to planners and their meeting attendees.”

“PepsiCo’s mantra is Performance with Purpose – growing our customers’ businesses through a wide variety of beverages, snacks and foods while acting as responsible citizens of the world. This promotion with Starwood truly reflects this mission by offering meeting attendees nourishing experiences while touching the community in a very meaningful way,” said Margery Schelling, Chief Marketing Officer PepsiCo Foodservice Division.

The Value Meetings Promotion is bookable now through August 31, 2009 and is eligible for meetings redeemed before March 31, 2010. The concert must be held prior to December 20, 2009. St. Regis is launching a similar meeting promotion and offers meeting planners the opportunity to donate their Starwood Preferred Planner signing bonus to a select list of charitable platforms. The promotion also offers 4% off the master bill and a complimentary break. For more information, log on to www.starwood.com/valueaddedmeetings 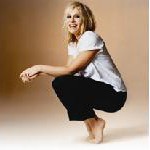