MOUNT RUSHMORE NATIONAL MEMORIAL , S.D. (5/19/09) — When you get to be a national icon of a certain age, you need a little help looking smooth and youthful. Mount Rushmore National Memorial, which turns 68 this year, undergoes a facelift every year.

Instead of Botox, however, crews from the National Park Service use big tubes of silicone sealant, advanced fracture-mapping techniques and other technology to preserve the granite faces of George Washington, Thomas Jefferson, Teddy Roosevelt and Abraham Lincoln.

And soon the National Park Service expects to add a new dimension to its preservation of the mountain carving. Within a year, officials hope to laser scan and digitally map the entire surface of the mountain carving as well as the Hall of Records, the unfinished chamber carved in the canyon wall behind the sculpture.

In the past, Mount Rushmore sculpture maintenance was mostly a once-a-year event. Each fall, rope-access crews descended from the top of the memorial to inspect the granite and caulk the surface cracks. The news media was invited to shoot photos and report on the process.

Under the National Park Service long-range preservation plan, crews are fracture-mapping and crack-mapping the granite surface. They are also removing vegetation, cleaning and sealing cracks, removing hazard rocks and testing the next generation of sealant materials.

Mount Rushmore’s biggest threat is water. It seeps into cracks, freezes and expands. That freeze-thaw cycle could eventually degrade the surface of the granite. Dirt and vegetation could also be a threat. If dirt can accumulate in a small hollow, it gives opportunist weeds, bushes or trees the foothold they need to take root.

In 1999 RE/SPEC, a Rapid City engineering firm, installed concealed sensors at various places on the granite surface. The sensors measure the normal expansion and contraction of the rock as it responds to the heat and cold of day and night, winter and summer. Movements range from 1/500th to 1/1,000th of an inch – no threat to the integrity of a 60-foot-tall mountain carving. But by building a long-term record of the natural rock movement, the National Park Service will be able to detect and respond to unnatural movements if they ever occur. 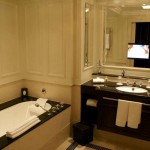 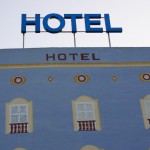