The 2009 International Destination Expo hosted by the American Society of Travel Agents and South African Tourism was a resounding success, attracting more than 850 delegates, and exceeding last year’s event in both agents and suppliers.

„Hosting ASTA’s International Destination Expo represents a major milestone for us, having made the strategic decision a few years ago to invest in the US market, based on the enormous potential indentified in our research,“ said Didi Moyle, Acting CEO and COO of South African Tourism, in her welcome remarks to the delegates.

Mr Jabu Mabuza, Chairman of South African Tourism, officially addressed the delegates at a spectacular opening reception, themed „Strike Gold in South Africa“, a reference to both the profit potential and the life changing experiences represented by the destination. Mr Mabuza reaffirmed South African Tourism’s commitment to the American market, and spoke to the destination’s status as a premiere global leisure destination. He emphasised the importance of the relationship with the global travel trade, and the importance the organisation places on destination marketing partnerships.

The program of intensive workshops and seminars during the day and world class South African entertainment each evening was a winning formula for the Expo. Most agents took advantage of the opportunity to complete the South African Tourism destination specialist program, becoming certified FUNDI agents on site at the conference. The networking trade show, supported by more than 120 South African suppliers, including representatives from each of South Africa’s nine provinces, proved invaluable for making important business contacts, and showcased the amazing product diversity that South Africa has to offer.

„The attendance exceeded our expectations, and speaks to the strength of South Africa’s position in the US market,“ said Sthu Zungu, President, South African Tourism, North America. „We have built a critical mass of agents who are now advocates for the destination, and who can sell South Africa with confidence having experienced the product first hand.“

Agents who embarked on the pre-tours to South Africa’s nine provinces had glowing reports of their experiences, and were impressed by the quality and diversity of destination experiences on offer. Hundreds more departed Sun City, host site for the IDE, on post tours today.

South African Tourism will continue to follow up with agents on their return to their respective countries through a number of different initiatives, in conjunction with ASTA. Although the majority came from the United States, travel agents from Brazil, Denmark, the United Kingdom, Spain, India, Kenya, Namibia, Nigeria and a host of other countries were also in attendance.

The International Destination Expo came to a close on Wednesday evening with the ceremonial passing of the trophy by Sthu Zungu to Levent Demirel, Deputy Director General, Ministry of Culture and Tourism in Turkey. 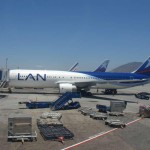