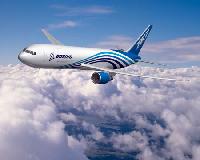 
Boeing [NYSE: BA] and Tokyo-based ANA (All Nippon Airways) announced that the airline exercised options for two more 767-300 Boeing Converted Freighters. The value of the agreement is not being disclosed.

Previously, ANA launched the 767-300BCF program with a 2005 order for three conversions and four options. In 2006, ANA exercised two of the options and this agreement to exercise the last of the 2005 options brings the airline’s firm order total to seven of the passenger-to-freighter conversions.

The first of ANA’s newly converted freighters is nearing completion at Singapore Technologies Aerospace (SASCO) and is expected to make its first flight in April. After flight testing and certification, the redelivery of the first ANA 767-300BCF is planned for June at the SASCO facility in Singapore.

„ANA is a forward-looking cargo operator in a strong market and we look forward to the 767-300BCF meeting the airline’s needs for cargo lift,“ said Dan da Silva, vice president of Sales and Marketing for Boeing Commercial Aviation Services. „With ANA’s third 767-300BCF order in four years, we couldn’t ask for a better partner in introducing this freighter solution to the marketplace.“

Boeing’s two Converted Freighter programs (the 767-300 BCF and 747-400 BCF) feature the solid engineering and program management that only Boeing can provide, coupled with quality workmanship, on-schedule delivery, access to MyBoeingFleet, an extensive suite of manuals, and the same level of ongoing customer support as the production airplanes. 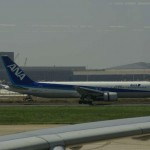 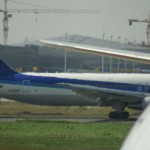