„Cisco has been a longstanding corporate partner to the Commonwealth of Virginia and it’s my pleasure to stand before you today to recognize their great achievement in realizing the 10th anniversary of the Cisco Networking Academy,“ said Governor Kaine. „Cisco Networking Academy plays an integral role in helping students in the commonwealth prepare for careers in fields such as engineering, computer science and information technology.“

Cisco Networking Academy is a public-private partnership that provides educational pathways from secondary to postsecondary and higher education levels. The program provides students with the opportunity to learn skills in designing, building and maintaining computer networks and helps them develop the skills needed to pursue higher education degrees and careers in Information Technology (IT).

Over the past decade, the Networking Academy has provided more than 16,000 Virginia students with IT and networking skills essential to succeeding in the emerging global economy. The commonwealth today has more than 70 academies creating opportunities and currently preparing more than 3,000 students to innovate and lead economic development in Virginia.

„The development and continued success of Cisco Networking Academy is helping the commonwealth build a technical workforce that will continue to be in high demand for the 21st century,“ said Dr. Morris, Virginia’s Secretary of Education.

The Cisco Networking Academy is located in high schools, technical schools, colleges, universities and community-based organizations. In the United States, there are 2,300 academies serving nearly 125,000 students. More than 2 million students have completed courses at more than 8,700 academies in over 160 countries around the world.

The Networking Academy curriculum aligns with state educational standards in the United States for math, science and language arts, and is delivered as instructor-led, Web-based content, including hands-on labs, online assessments, student performance tracking and instructor training and support.

„Cisco Networking Academy is a program that forges strong partnerships with educational institutions throughout the United States, in addition to partnerships with numerous local governments, businesses and communities,“ said Gene Longo, senior manager of the Cisco Networking Academy, United States. „We are extremely proud of our accomplishments in Virginia and look forward to continuing to be a responsible and valuable corporate citizen by being active in the communities in which we operate.“

Cisco, (NASDAQ: CSCO), is the worldwide leader in networking that transforms how people connect, communicate and collaborate. Information about Cisco can be found at http://www.cisco.com. For ongoing news, please go to http://newsroom.cisco.com.

Cisco, Cisco Systems, and the Cisco Systems logo are registered trademarks or trademarks of Cisco Systems, Inc. and/or its affiliates in the United States and certain other countries. All other trademarks mentioned in this document are the property of their respective owners. The use of the word partner does not imply a partnership relationship between Cisco and any other company. This document is Cisco Public Information. 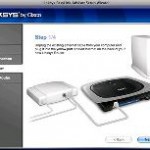