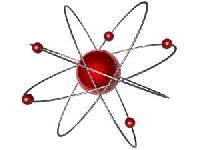 „We’re proud to support the career goals of these talented individuals,“ said Ron Rogowski, UPS director of sponsorship and events. „UPS and NASCAR are committed to promoting diversity on and off the track.“

Candidates for the UPS Racing Technical Edge Scholarship must meet the admission criteria of the NTI, which is located in suburban Charlotte, N.C. Designed as the premier training ground for NASCAR hopefuls, NTI is an extension of Arizona-based Universal Technical Institute and combines an automotive technology curriculum with NASCAR-specific coursework.

This year’s recipients of the UPS Racing Technical Edge Scholarship include:

Anthony Asiegbunam, Orlu, Nigeria
Asiegbunam has been fascinated with the automobile industry most of his life. Before moving to the United States in 2004, Asiegbunam worked in the industry for several years in Nigeria. He started attending NTI in 2005 and plans to continue his automotive education after he graduates in March.

Ricardo Barbosa, Los Angeles, Calif.
Barbosa is currently studying automotive technology at NTI, where he has been listed on the Director’s Honors List 10 times. He also is an Alpha Beta Kappa nominee and a winner of the Student of the Course award. After graduating from NTI, Barbosa hopes to work with a race team and offer opportunities to other minority race fans to follow their own NASCAR aspirations.

Aaron Gardner, San Antonio, Texas
Gardner decided to pursue his passion for cars after leaving the military. In addition to being a full time student at NTI, Gardner is working with pit crews in the modified and legends series of racing. He also builds custom grill guards and constructs body lifts for trucks and other 4×4 vehicles. Gardner aspires to own a vehicle maintenance and repair shop known for its commitment to quality service.

Philip Jeffers, Dudley, N.C.
Jeffers‘ interest in the automotive industry began when he was a child working with his father on his family’s cars. He even pulled and replaced his first motor when he was only 15. Now a full time student at NTI, Jeffers is an active member of Leaders in NTI Community and a three-time Student of the Course winner. After graduation, Jeffers hopes to work in the performance development unit at Audi.

Rickie Mozie, Jr., Winnsboro, S.C.
Mozie is currently a full-time student at NTI and a Student Diesel Technician at Mack Truck Sales, Charlotte. He has received various academic awards, including the Imagine America Scholarship, NTI’s Live Your Passion Scholarship and 2007 Auto Tech Student of the Year. After completing the program at NTI, Mozie plans to become a Master Certified Technician and work with an established automotive dealership.

Rudy Markham, the recently retired chief financial officer of Unilever, was named to the Board of Directors of UPS (NYSE:UPS).