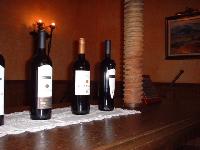 
Along with traditional Riojas, it carries two reds from the lesser-known regions of Toro in Zamora and Yecla in Murcia. Whites now include Albaríños made in two different ways. The wine list is prepared by the TodoVino specialist firm which held a tasting session on a Madrid-New York flight.

Iberia is faithful to its tradition of changing its offers of Spanish wines in Business Plus class every three months, with a new selection made by the specialist firm TodoVino.

The wine list for February-April gives long-haul business passengers an opportunity to sample vintages from the lesser-known growing regions of Toro, in Zamora province, and Yecla, in Murcia, and also to discover some oddities from the more established regions of Rioja and the Rías Baixas.

All the wines passed the strict quality test of the TodoVino tasting committee, which determined their suitability for drinking aloft in a tasting held on a Madrid-New York flight.

Iberia passengers from around the world can now try them in the wine bars located in the airline’s Dalí and Velázquez VIP lounges in Terminal 4 of Madrid-Barajas airport.

* Estancia Piedra Selección 2000 Tinto (D.O. Toro). From one of the soundest wineries in this D.O. [Denomination of Origin], this red is the result of a painstaking and progressive tasting process in which the best casks were identified. Made with tinta de Toro, it has all the strength for which the best wines from this region are known, but is also nuanced by time and rounding in the bottle, whereby it has gained elegance.

* Casa de las Especias Crianza 2004 Tinto (D.O. Yecla). This is only its second year in the market, but backed by the well-proven Casa de la Ermita winery in neighbouring Jumilla, which is now applying its experience in Yecla, where its vines are planted on the foothills of Monte Arabí, designated a World Heritage Site by UNESCO. The wine is a delight to the tongue, a sweet-natured discovery that must be tried, and has become a bestseller in Club TodoVino.

* Ramón Bilbao Edición Limitada Crianza 2005 Tinto (D.O.Ca. Rioja). Another Club TodoVino bestseller, this modern Rioja from the veteran vintners of Haro is made with carefully selected grapes for the top class wine of the Mirto cellars. All that falls short of the maximum quality is bottled as a “limited edition”, making it a de luxe quality wine, aged two years. It is very fruity, well-balanced, and, notwithstanding its modernity, is unmistakably a Rioja.

·      Veigadares 2006 Blanco (D.O. Rías Baixas). Adegas Galegas was the first winery to achieve a proper and elegant balance between fruit and wood to come up with an Albariño that few have equalled. This is one of the best Galician whites made by a pioneer in the use of oak for Albariño. It is an intense and complex wine, with body, smoothness, and a pronounced expression of variety.

* Nora 2006 Blanco (D.O. Rías Baixas). With only six vintages on the market, this wine has already become one of the most noteworthy Albariño, with a modern touch and an international style. It is well-defined, fruity and fragrant, but also deep, intense and substantial. Its palate makes it an excellent choice for drinking in the air.