The Boeing Company [NYSE: BA] announced that Vietnam Airlines and Vietnam Aircraft Leasing Co. (VALC) have finalized an order for a total of 12 Boeing 787-8s with a list value of approximately US$ 2 billion.

The combined Vietnam order pushes 787 order totals to 802. The order is included in 2007 totals and will be included in this week’s Boeing Orders and Deliveries Web site update.

This is the second order for the 787 Dreamliner by the airline, following a previous order for four airplanes in 2005. The airline was the seventh carrier to select the 787, with an initial commitment in late 2004.

The order is the first ever placed by VALC, which is was formed last year by Vietnam Airlines, the Bank for Investment and Development of Vietnam (BIDV), the Vietnam National Oil and Gas Group (PetroVietnam), the Vietnam Shipbuilding Industry Group (Vinashin) and the Phong Phu Corporation.

„We are proud to be one of the launch customers of the 787 Dreamliner and look forward to putting these new-generation airplanes into operation. We believe the Boeing 787-8s will help Vietnam Airlines to effectively expand its current fleet and network, and increase its capabilities for further growth and sustainable development,“ said Pham Ngoc Minh, president and CEO of Vietnam Airlines.

The airline’s first 787-8, from the previous order, is planned for delivery in 2009. Vietnam Airlines plans to operate a total of 20 purchased and leased 787s by 2015, and 28 Dreamliners by the year 2020, making the airplane a key element in the airline’s international strategy.

„Vietnam Airlines has developed a great reputation for quality service and the 787 will continue this trend,“ said Stan Deal, vice president, Asia Pacific Sales, Boeing Commercial Airplanes. „We look forward to continuing our great relationship with the airline and building our new association with Vietnam Aircraft Leasing.“ 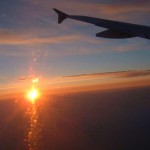