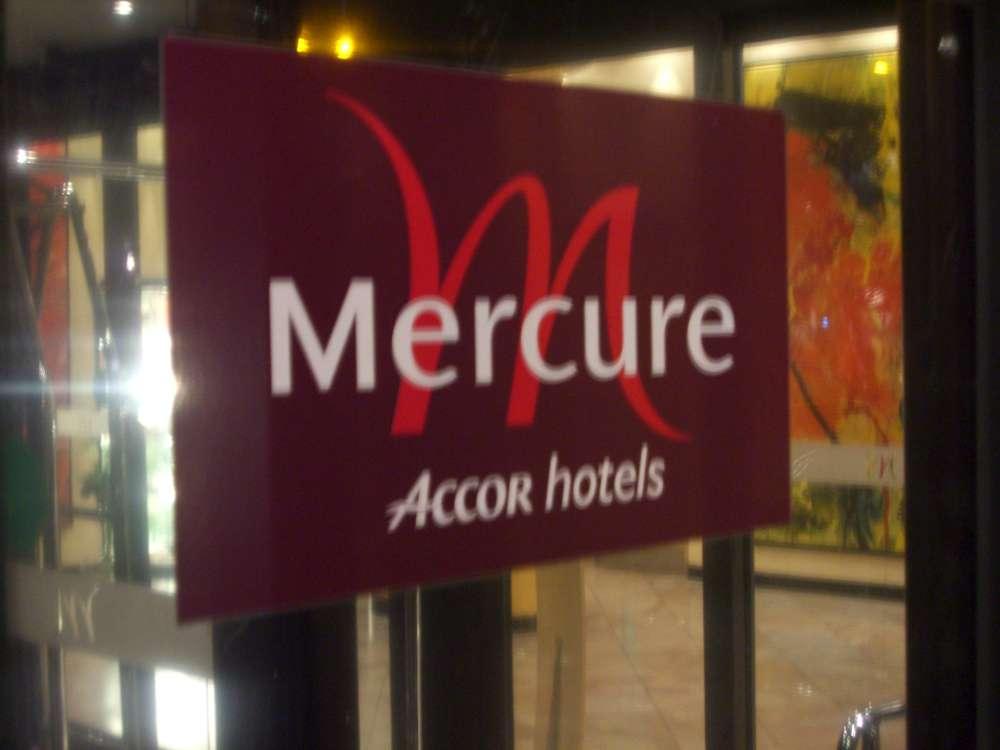 “AccorHotels’ earnings for 2017 mark another leap in performance, with excellent operating results and record development. The Group continues to benefit from positive market trends with a confirmed increase in volumes. Against this buoyant backdrop, AccorHotels continues to pursue its dynamic trajectory, consolidate its market share and enrich its range of services for customers and partners. The Group has never been so strong. By developing our „augmented hospitality“ model, we are at the forefront of an industry that is constantly transforming and has unlimited prospects.”

In 2017, AccorHotels benefited from very strong business in the majority of its key markets, significantly increasing its operating margins and results on the back of tight cost control, the synergies resulting from its acquisition of FRHI and the careful management of digital expenses. Capitalizing on record development with the opening of 51,413 rooms (301 hotels), of which 94% operated under management and franchise contracts (including 10,000 rooms for Rixos Hotels and BHG), the Group ended 2017 with a hotel portfolio of 616,181 rooms (4,283 hotels) and a pipeline of 161,000 rooms (874 hotels), 78% of which in emerging markets and 47% in the Asia-Pacific region.

Consolidated 2017 revenue amounted to €1,937 million, up 7.9% at constant scope of consolidation and exchange rates (like-for-like) and 17.7% as reported compared with 2016. The difference between the like-for-like and reported changes stems primarily from the consolidation of FRHI and from the new businesses (+12.9%).

Reported revenue for the period reflected the following factors:

Changes in the scope of consolidation (acquisitions and disposals) had a positive impact of €185.1 million (+11.2%), thanks to the contributions of Raffles, Fairmont, Swissôtel, Availpro, onefinestay, Travel Keys, Squarebreak, Verychic and John Paul;
Currency effects had a negative impact of €23.4 million, attributable chiefly to declines in the Egyptian pound (€22.8 million), Turkish lira (€6.4 million) and US dollar (€7.1 million), partially offset by positive impacts from the Brazilian real (€10 million) and the Polish zloty (€4.9 million).

HotelServices also benefited from the fact that the Luxury/Upscale segment represents a higher proportion of its portfolio since 2014, with 41% of its fees derived from this segment in 2017, compared with only 22% in 2014.

HotelServices’ RevPAR was up 4.7% overall.

In France & Switzerland, revenue was up 2.5% on a like-for-like basis, driven by a 4.2% increase in RevPAR. The difference between these growth rates stems from the closure in the third quarter of 2017 of 62 F1 hotels and closure for work of the Pullman Paris Montparnasse hotel since the summer. RevPAR was buoyed by a 6-point improvement in the occupancy rate resulting from the return of foreign tourists to Paris, especially for leisure stays (+20%). RevPAR was up 6.1% in Paris.

Europe posted like-for-like revenue growth of 7.2% on RevPAR growth of 6.5%.

-As dynamic as ever, the United Kingdom delivered further solid growth in RevPAR (+4.6%), with performance driven by cities other than London (+6%) and activity in the capital continuing to grow (+3%).
-RevPAR grew by 1.8% in Germany, thanks to double-digit growth in March and May which offset the effects of an unfavorable trade show calendar in April and June.
-Reflecting the very favorable trends observed in Central Europe, RevPAR grew by a strong 4.9% in Poland, with double-digit growth in the largest towns and cities.
-Lastly, the Iberian Peninsula enjoyed strong business. RevPAR was up 12.3%, with the impact of events in Barcelona in the fourth quarter (-13%) substantially offset by a sharp rise in activity in Portugal (+18%).
Very well oriented, the Asia-Pacific region turned in revenue growth of 7.7%, thanks to excellent trends in the Economy (+14%) and Luxury/Upscale (+12%) segments.

With a 0.8% increase in RevPAR, the Middle East & Africa region posted solid revenue growth of 2.7%, driven by the Middle East (+7.1%) and sustained business in Egypt, Morocco and Tunisia.

Lastly, the situation was varied in South America, with RevPAR down 3.4% for the region. Regional revenue was down 3.3%, with Brazil facing a challenging situation, particularly in Rio which continued to be affected by a depressed socioeconomic environment and was impacted by the overcapacity generated by the Olympic Games. However, RevPAR trends observed in the fourth quarter are very encouraging for the future, all segments combined (+13.9%).

New Businesses (concierge services, luxury home rentals, private sales of luxury hotels and stays, and digital services for independent hotels) recorded like-for-like revenue growth of 6.9% to €100 million in the 12 months to December 2017, compared with €44 million in 2016.

John Paul continues its integration within the Group, taking charge of Customer Care and the rollout of AccorLocal in France, after very successful year-long tests in pilot hotels. At the same time, the acquisitions of Travel Keys and Squarebreak have rounded out onefinestay’s offer, which now spans a network of nearly 10,250 luxury destinations worldwide. Lastly, since January 2018, the New Businesses have included Gekko, a specialist in hotel distribution solutions dedicated to business customers.

The new businesses’ EBITDA was broadly stable in 2017. EBIT was affected by an increase in amortization linked to the acquisitions made in 2017. The Group expects to halve the loss in 2018 and to break even in 2019.

Revenue derived from the Group’s Hotel Assets also grew by 7.0% like-for-like. This good performance nevertheless masks a contrasting situation between Central Europe, which remains very buoyant, and Brazil, where the situation is still challenging, although the strong growth seen in the fourth quarter is very encouraging (+13.9%).

Gaining 2.3 points, HotelServices’ EBIT margin firmed to 33.0%, compared with 30.7% in 2016. The increase can be largely attributed to improved business, the synergies related to the acquisition of FRHI and phasing of digital expenses to €42 million in 2017, compared with €54 million in 2016.

In line with the good business levels recorded in its various regions over the year, HotelServices posted very strong growth in EBIT in Asia-Pacific (+18.1%) and North America, Central America & the Caribbean (+22.3%), thanks to synergies with FRHI, and healthy increases in Europe (+6.1%) and France & Switzerland (+4.1%). By contrast, the Middle East & Africa region (-28.0%) underperformed amidst political tensions and an oil crisis in the Gulf region, as did South America (-28.1%) due to a persistently challenging situation in Brazil.

Recurring investments, which include HotelServices’ digital and IT investments, as well as maintenance and Hotel Asset development investments, mainly related to the Orbis scope, edged down to €161 million, compared with €188 million in 2016.

Operating profit before tax and non-recurring items came to €538 million. On the basis of this result, AccorHotels will ask shareholders at the General Meeting of April 20, 2018 to approve the payment of a dividend of €1.05 per share.

Opening up of the capital of AccorInvest

Discussions are ongoing with tier-one French and international investors. They are now in their final stages.

Presentation of the 2017 results

On July 12, 2016, AccorHotels announced its intention to spin off and dispose of its real estate operations, united under AccorInvest. In accordance with IFRS 5, the assets held for sale have been placed in a separate line item on the balance sheet and in the income and cash flow statements. The financial data presented in this press release reflect this accounting treatment.

AccorHotels is now structured around the following segments:

HotelServices, which houses the hotel franchisor and operator business, as well as activities related to hotel operations New Businesses, which at this stage combine FastBooking, Availpro, onefinestay, Travel Keys, Squarebreak, VeryChic and John Paul (previously housed in HotelServices)
Hotel Assets, which include HotelInvest assets not transferred to AccorInvest, mainly corresponding to Orbis, hotels operated under variable lease agreements based on a percentage of EBITDAR (also known as management leases) and certain assets intended to be restructured before the Booster transaction closes Holding and Intercos, which includes inter-company eliminations between each segment and the cost of central functions HotelServices is divided into six operating regions:

Approval of the partial contribution of assets held by Accor SA in AccorInvest at the Extraordinary General Meeting of June 30, 2017
Transfer of the remaining assets to AccorInvest
Securing of AccorInvest’s funding in the amount of €3.6 billion from 23 international banks
Formalization of new management contracts governing the relationship between AccorHotels and AccorInvest

Revival plan for the HotelF1 brand
Implementation of a strategic partnership with Rixos Hotels in the international resort segment
Consolidation of AccorHotels’ leadership in Brazil thanks to the signing of an agreement with BHG bearing on 26 hotels (approximately 4,400 rooms)
Acquisition of 40% of the Potel & Chabot Group, the French leader in prestige receptions
Acquisition of 31% of Noctis, specializing in events, foodservice and entertainment
Acquisition of 50% of Orient Express, in partnership with SNCF, to develop a new collection of prestigious hotels
Agreement on the acquisition of 100% of Mantra Group Limited, Australia’s second-largest hotel operator, also present in New Zealand, Indonesia and Hawaii (127 hotels and 20,000 rooms)
Rollout of AccorLocal, extending the range of services offered by the Group’s hotels to services for local residents

Acquisition of Travel Keys, consolidating the Group’s position as global leader in the luxury serviced home rental market
Full acquisition of Squarebreak following the purchase of a further 51% equity interest in the company on top of the 49% stake acquired in February 2016
Consolidation of Squarebreak, Travel Keys and onefinestay under the onefinestay brand, making it the world leader in the rental of luxury private villas
Acquisition of Availpro, following on from Fastbooking in 2015, creating the European leader in digital services for independent hotels
Acquisition of VeryChic, a digital platform for the private sale of hotel rooms and apartments, cruises, stays and luxury packages
Acquisition of Gekko, a specialist in hotel distribution solutions dedicated to business customers
Acquisition of 50% of Nextdoor, a specialist in new collaborative workspaces, in partnership with Bouygues Immobilier
Upcoming events in 2018